Yellowstone National Park is a wonder for sure and it’s natural beauty is a lot to take in. Again, as we drove through the park, I was amazed at what this great country of ours has to offer. I don’t think it is possible to see all of its offerings in one lifetime, but I think we will try. 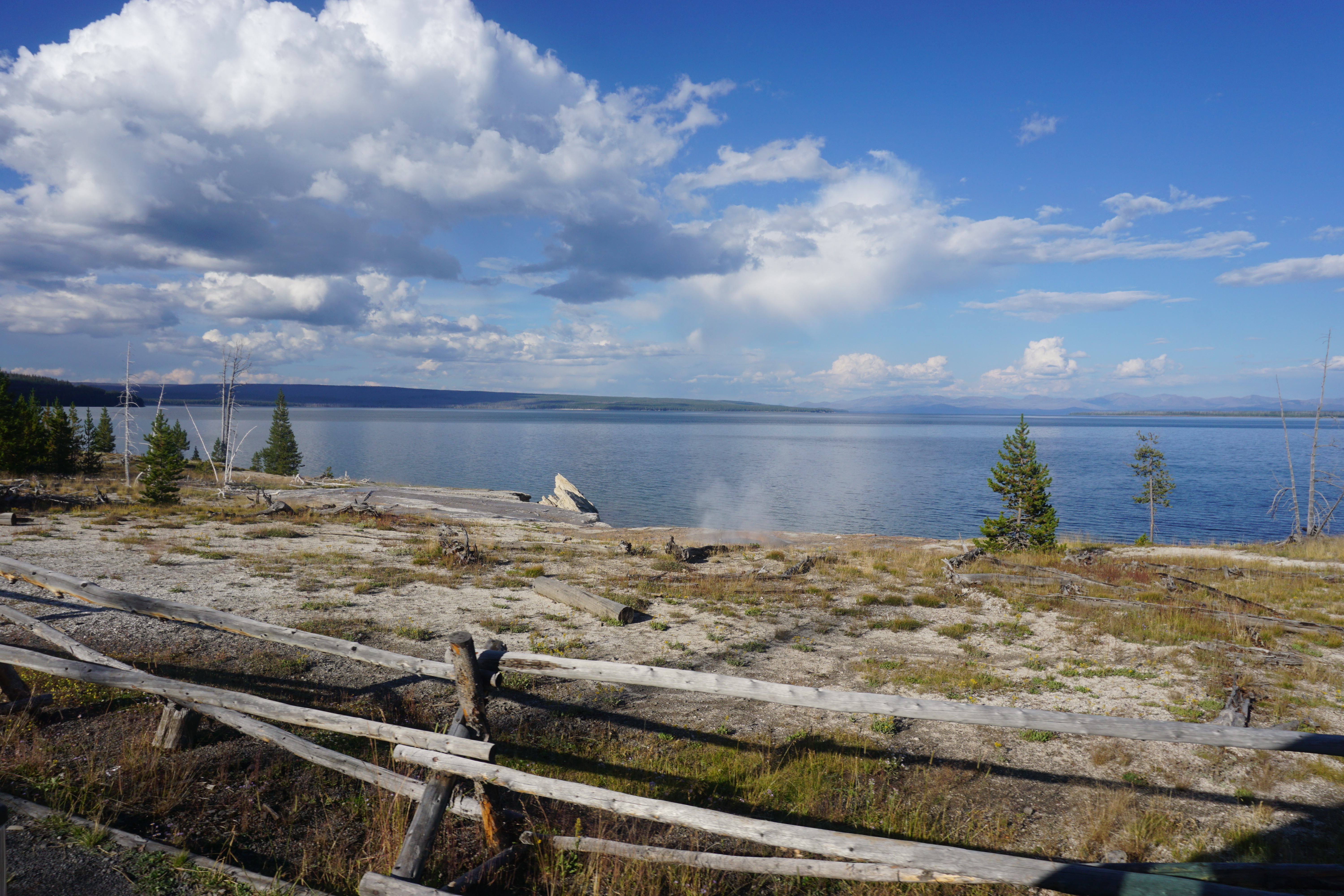 Jack could not wait to see Old Faithful. To him, this was the BIG attraction. I can say with certainty that it is faithful.  The park had a posted time at which the Geyser would erupt and it did, right on time. We couldn’t get close for obvious reasons, but they had a very nice viewing area.  We settled in and waited for the magic to happen. 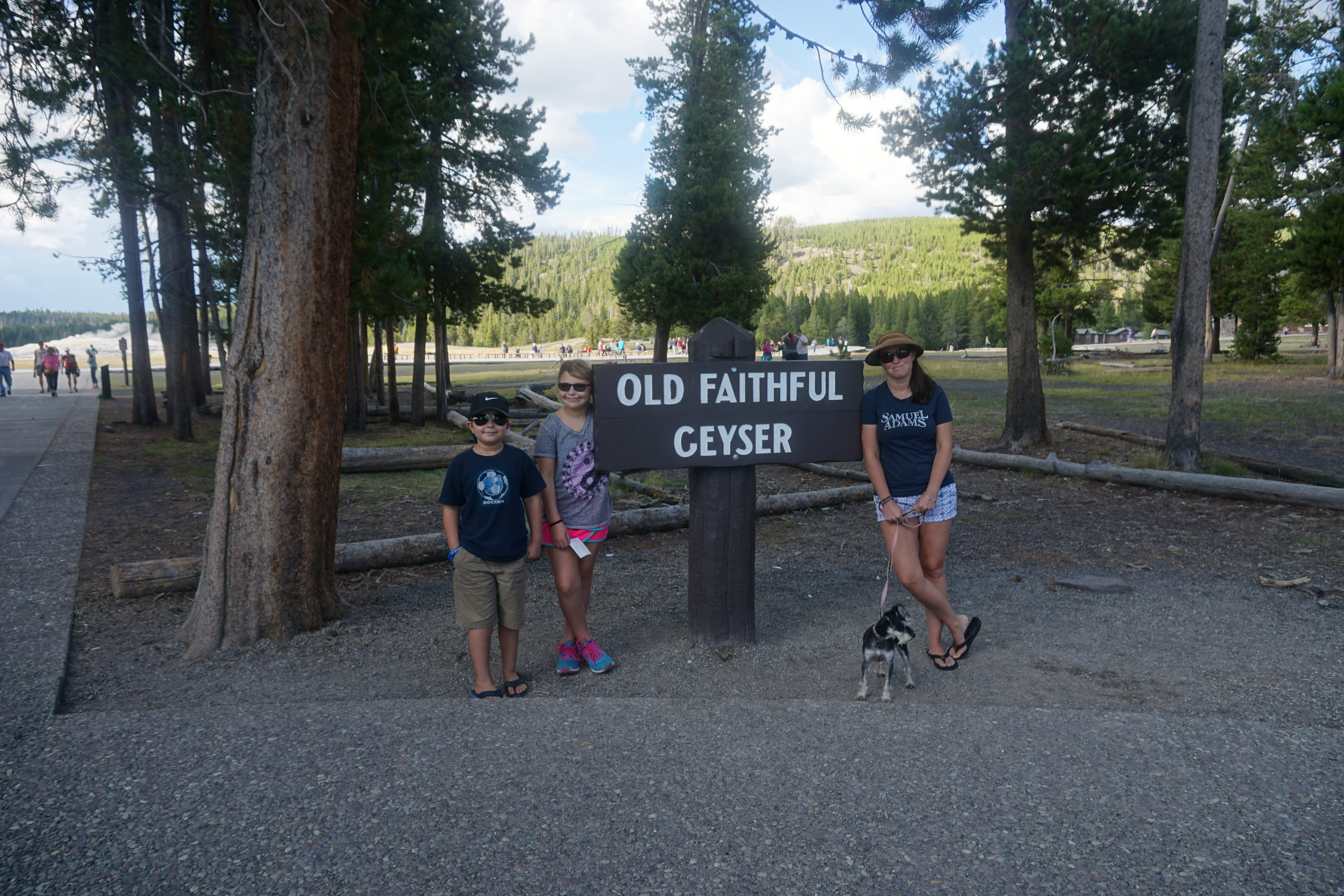 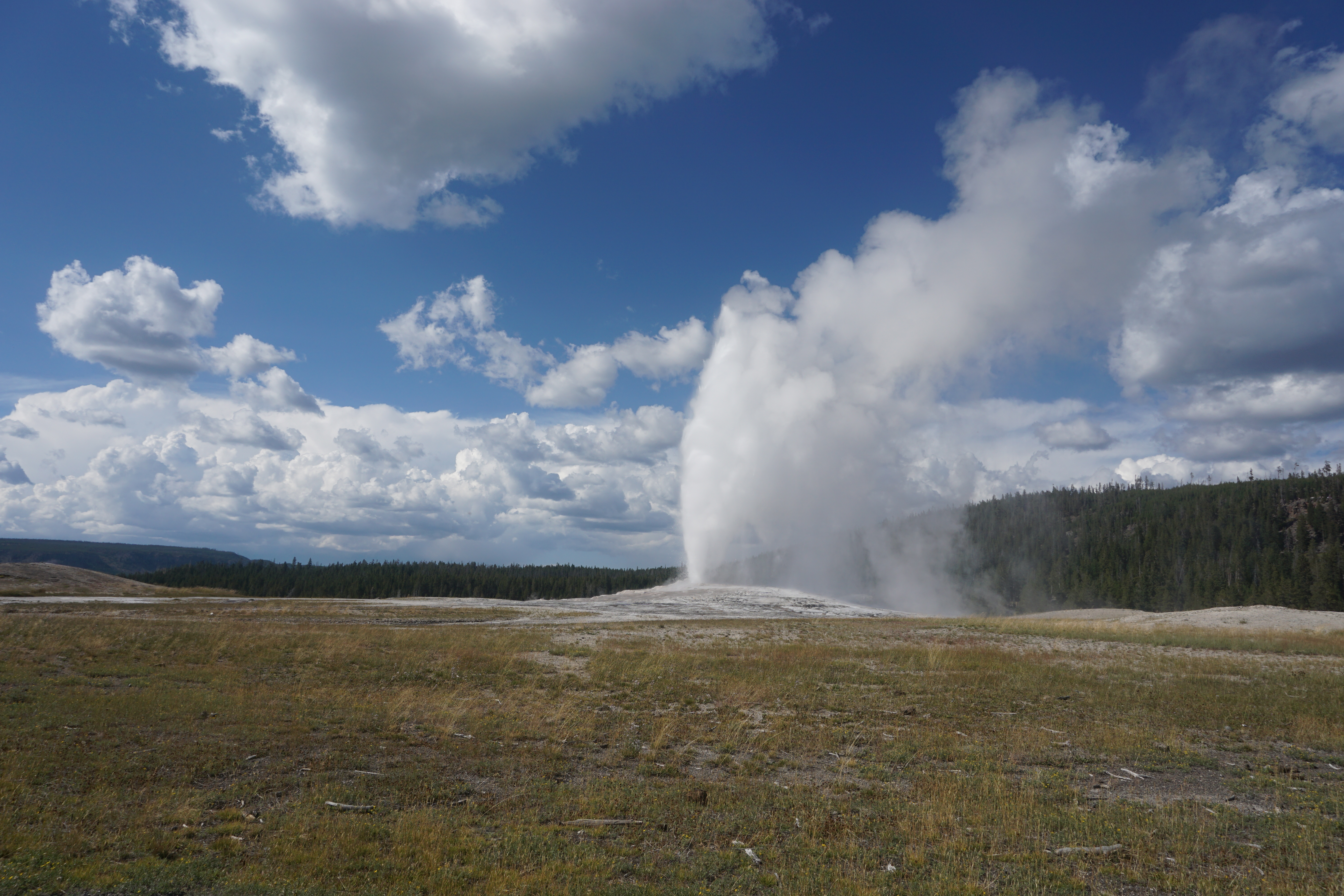 There are a lot of other smaller geysers and boiling water holes all over this area of the park.  We stopped at a few, but there are only so many hours in the day. I had to keep reminding the kids not to touch the water.  My babies are so attracted to water and try to get in it every chance they can. Some of the boiling hot water looked so enticing because it was so blue! Safety Patrol daddy was on the job though. 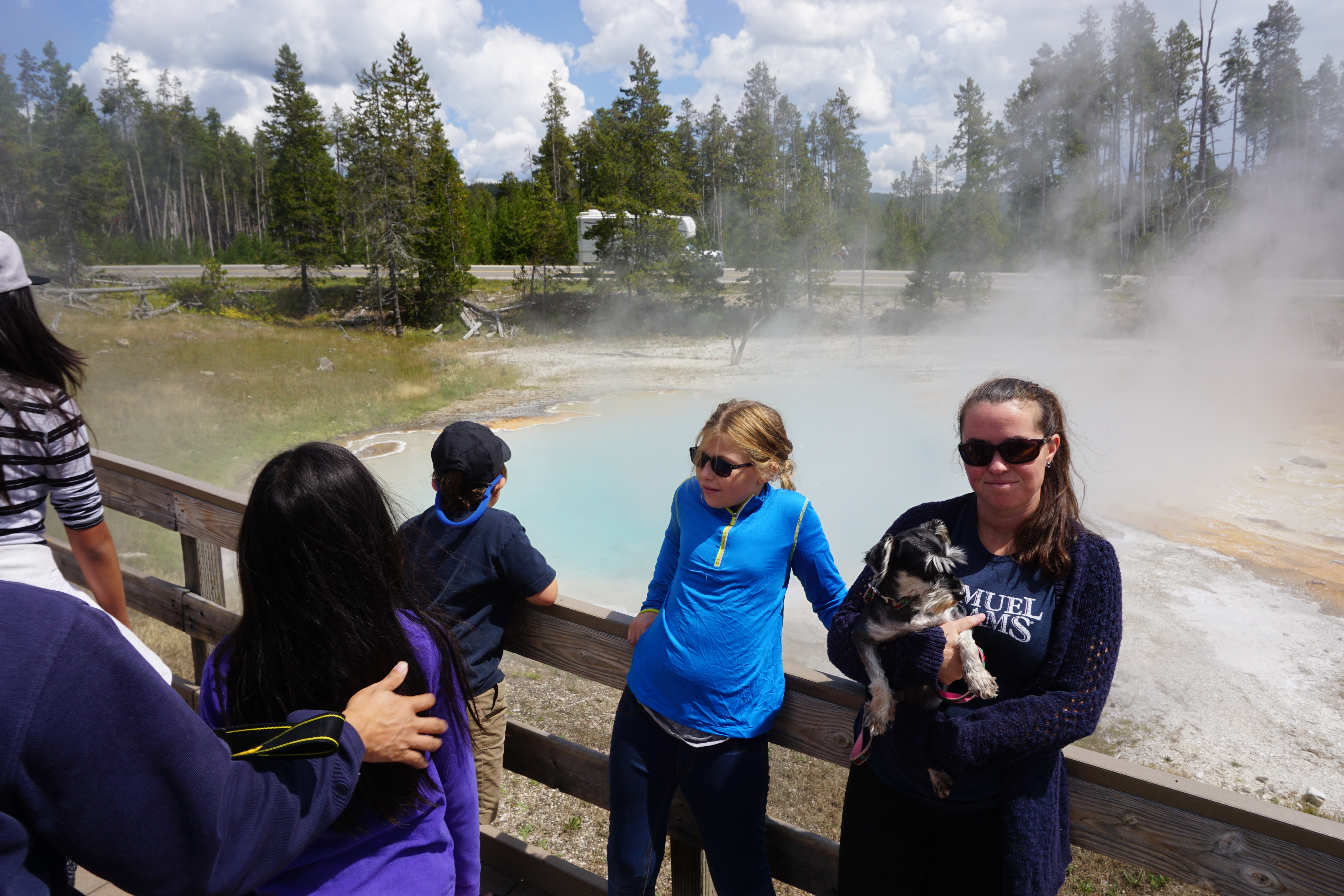 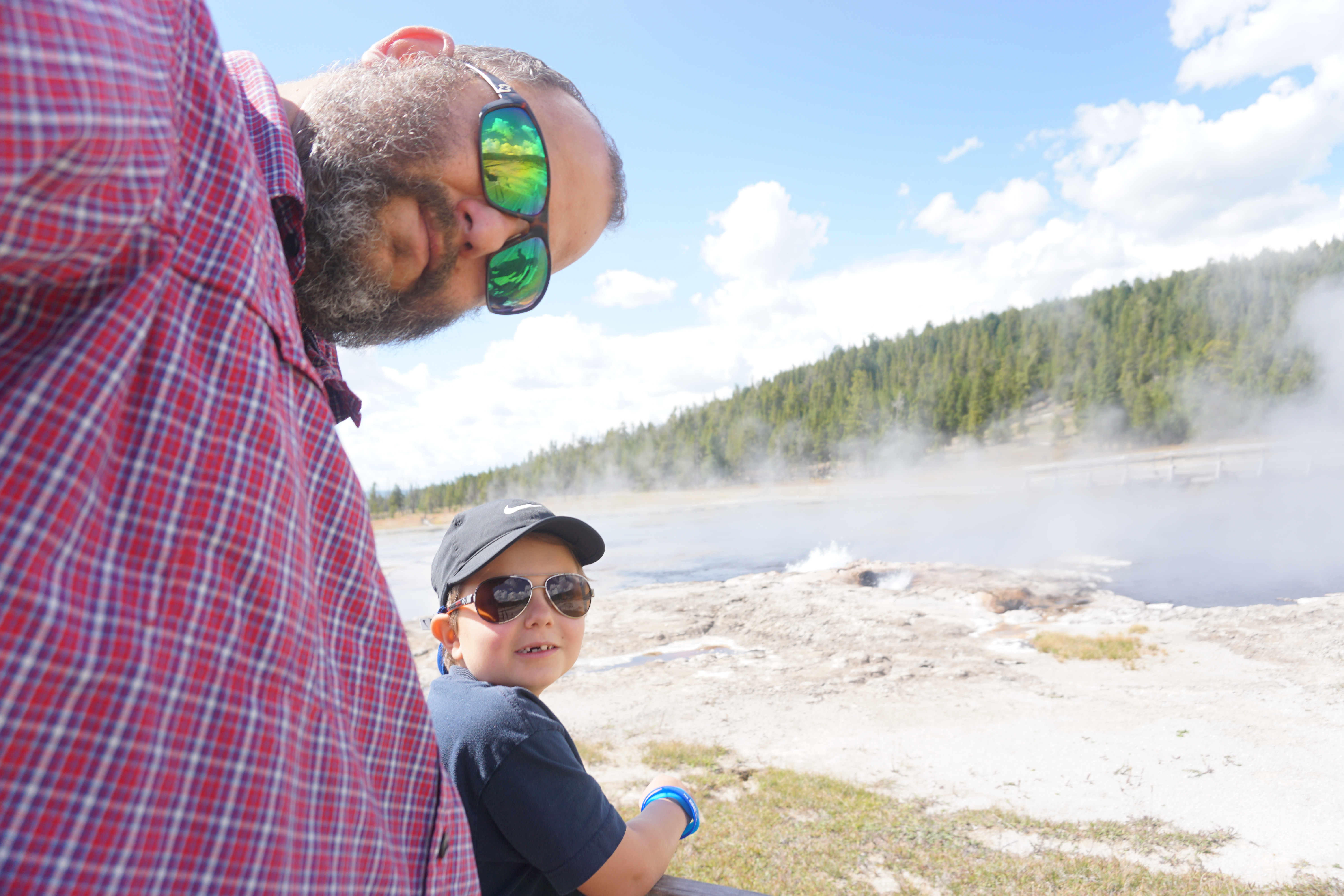 Chad was most excited about seeing Bison on this trip.  It’s funny, from the time we left the house he would yell “BISON!” at every animal we saw. Finally, we saw real bison in Yellowstone Nat’l Park.  We were all so giddy, well at least I was so giddy that none of the pictures I took of them were any good.  They are big hair ugly creatures.  At least I will have a mental memory of them! HA!! 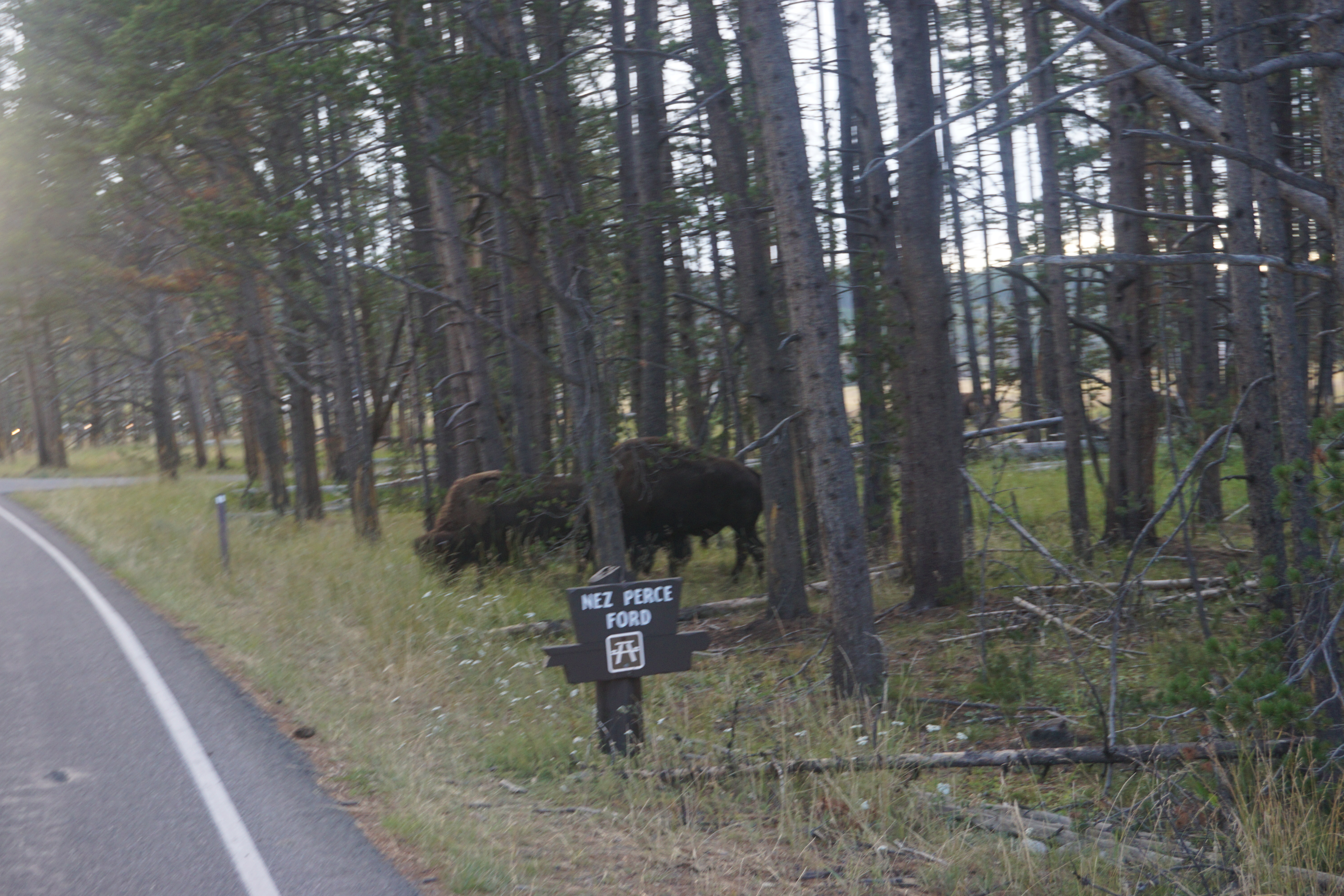 It was a long day..somebody needed a potty break! 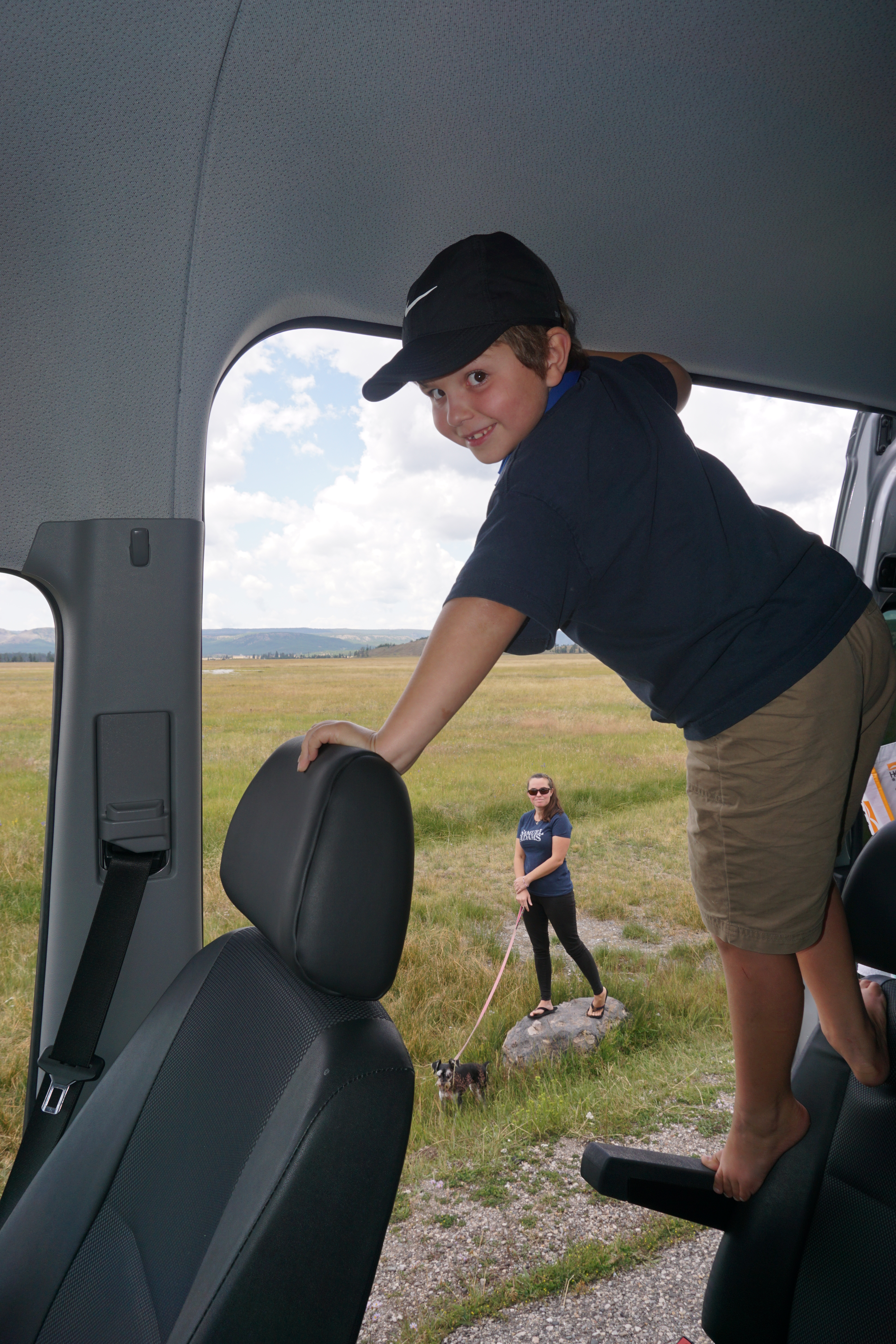