A truly amazing cosmic phenomenon occurred this week and by golly, The Whitneys were not going to miss out on it. I have to admit that I wasn’t totally jazzed about it before hand. I really didn’t know what to expect. 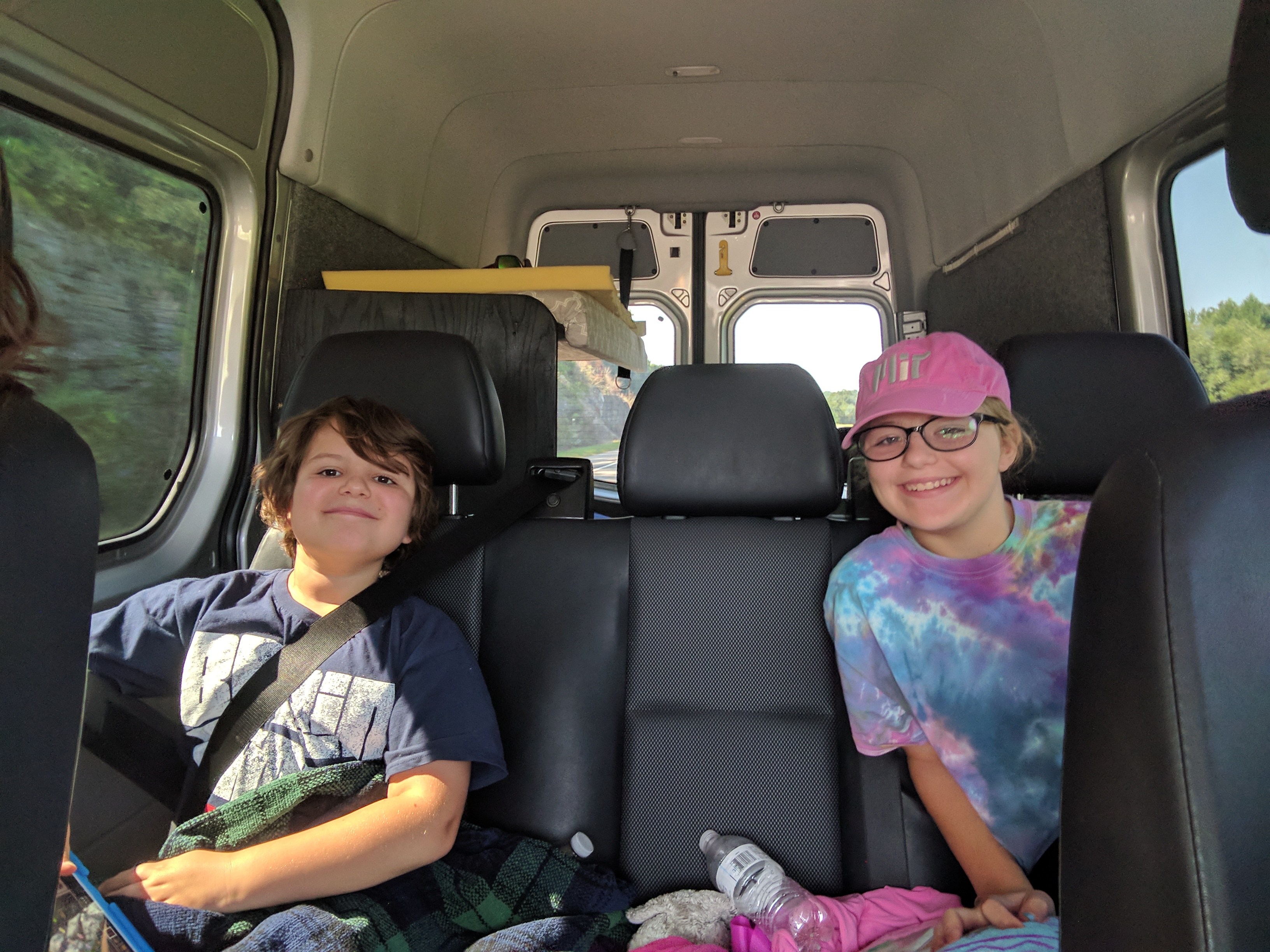 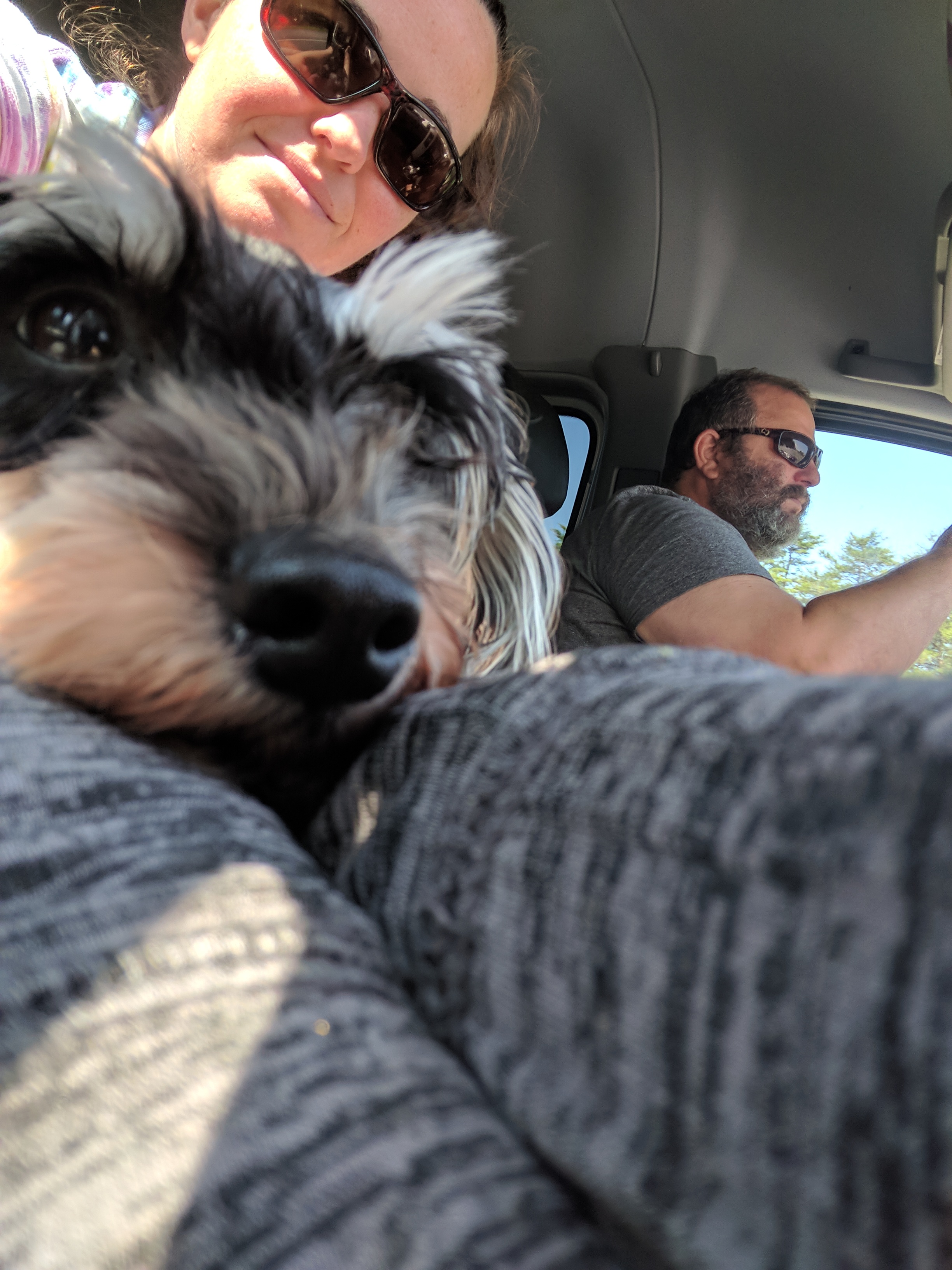 We drove up to Athens, TN to the line of Totality because there is no point in looking at an eclipse unless you get to see the whole thing, right?! Right. Every spot on this exit was full. I’m talking every restaurant, hotel, store, gas station and even the sides of the road. Everyone wanted to see the awesomeness that was about to happen. 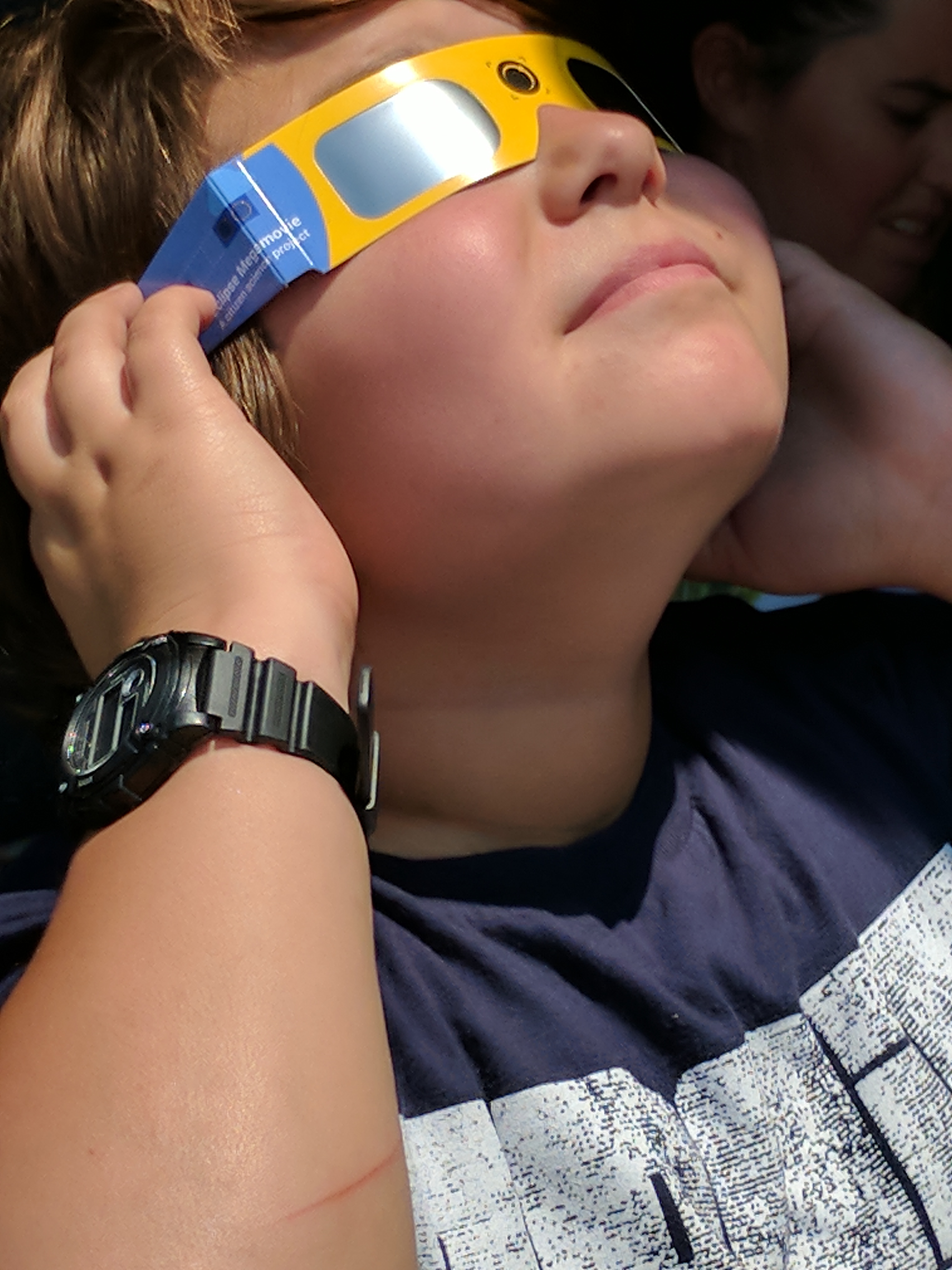 So for about an hour and a half, we hung out checking the sky frequently through our solar glasses. It looked cool, like a little orange moon in it’s different phases. We tried super hard to get pictures of this, but had no luck what so ever, as you can see from the photos below. I did notice in the second picture that you can see a bright spot to the right of the sun which appears to be the eclipsed sun in some sort of reflection in my phone’s camera. 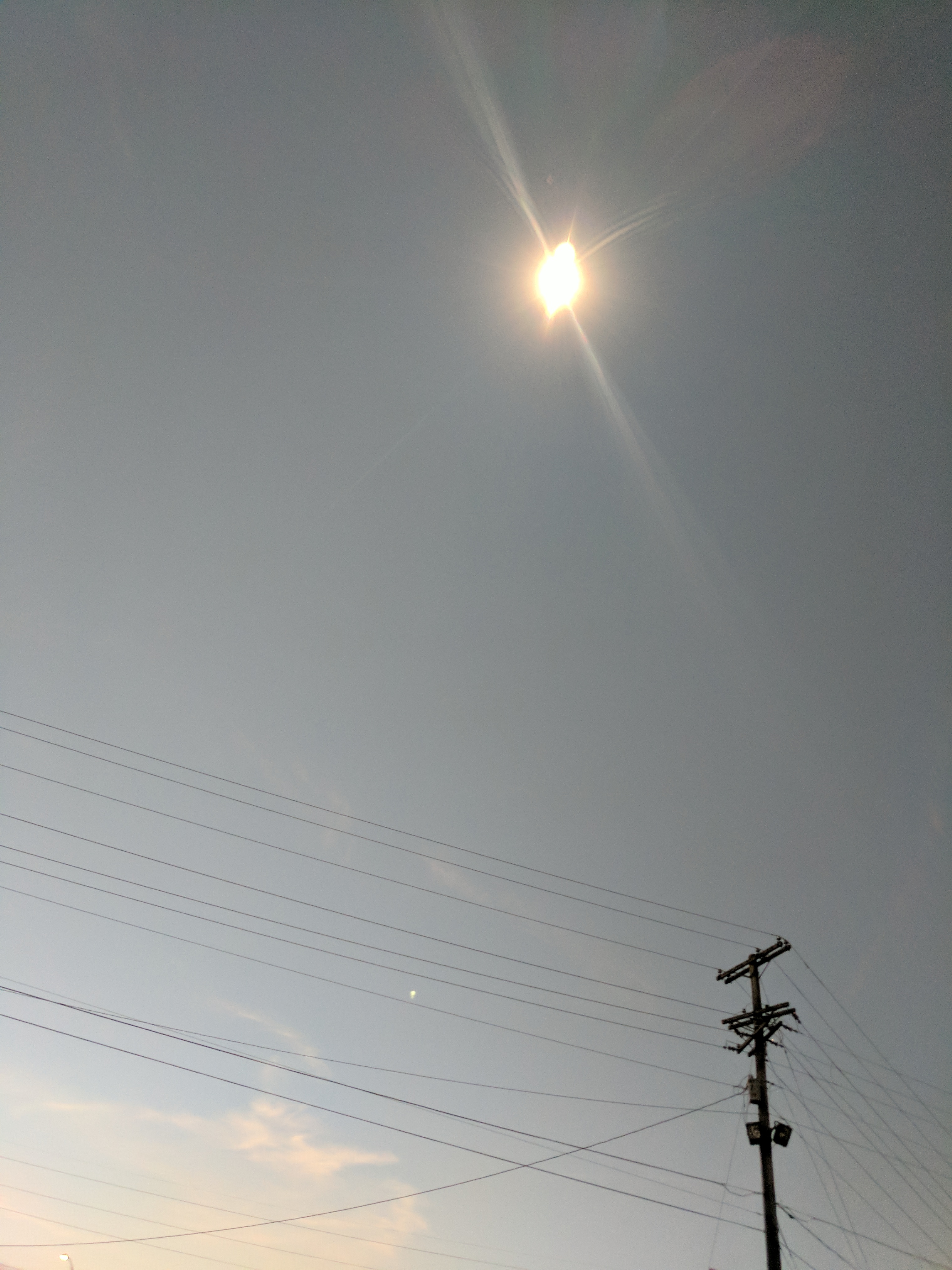 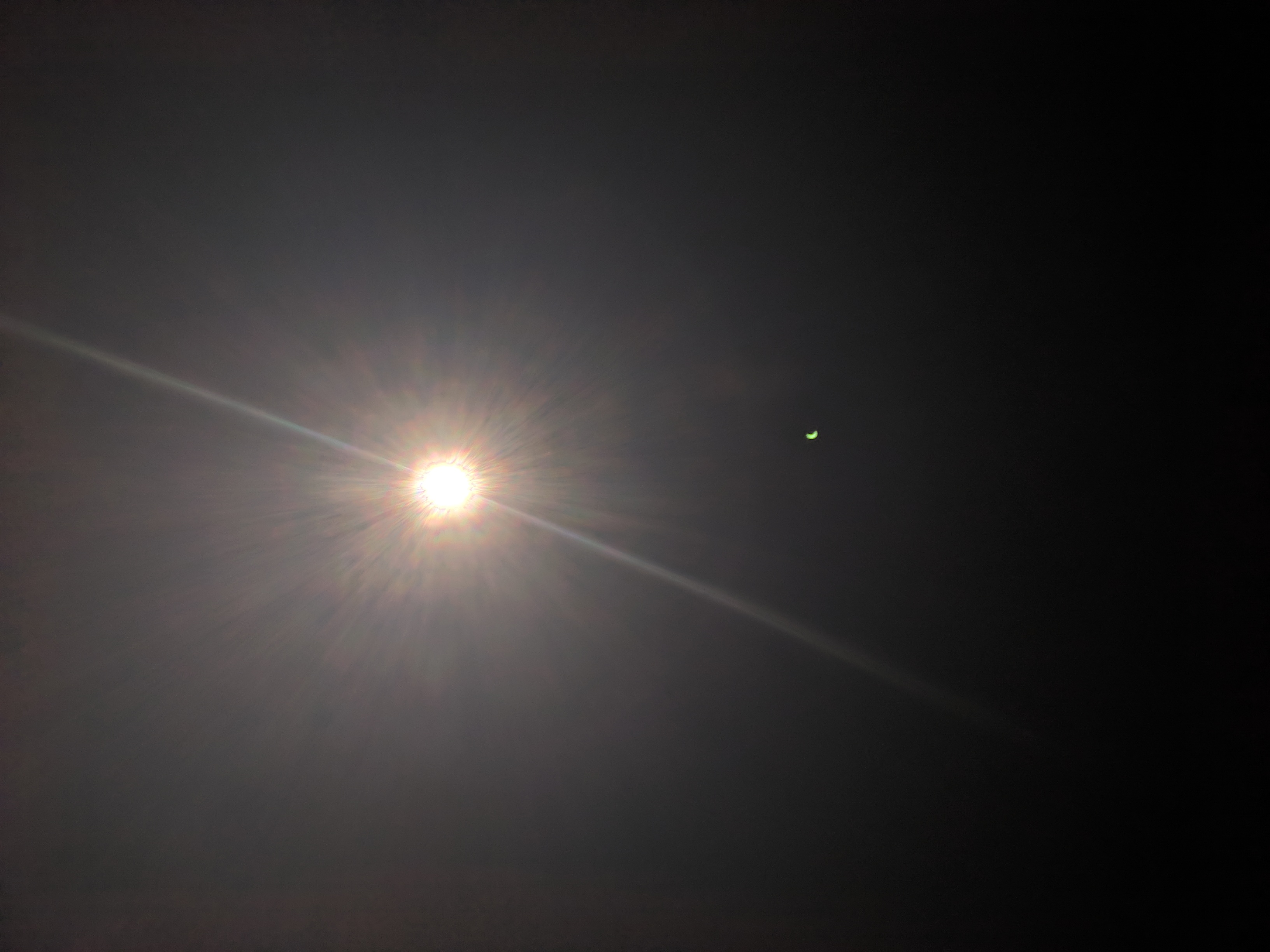 The two and a half minutes we experienced totality was so surreal. I don’t even have the words in me to describe what we saw and felt. The change in temperature and the way it felt when the warmth of the sun was suddenly gone…it was eerie and awesome all at the same time. The Sun itself looked like it was straight out of a science fiction movie. It was like a big black hole in the sky with beautiful white whispiness feathering off around it. It was so magnificent that people were cheering and clapping. It was AMAZING! 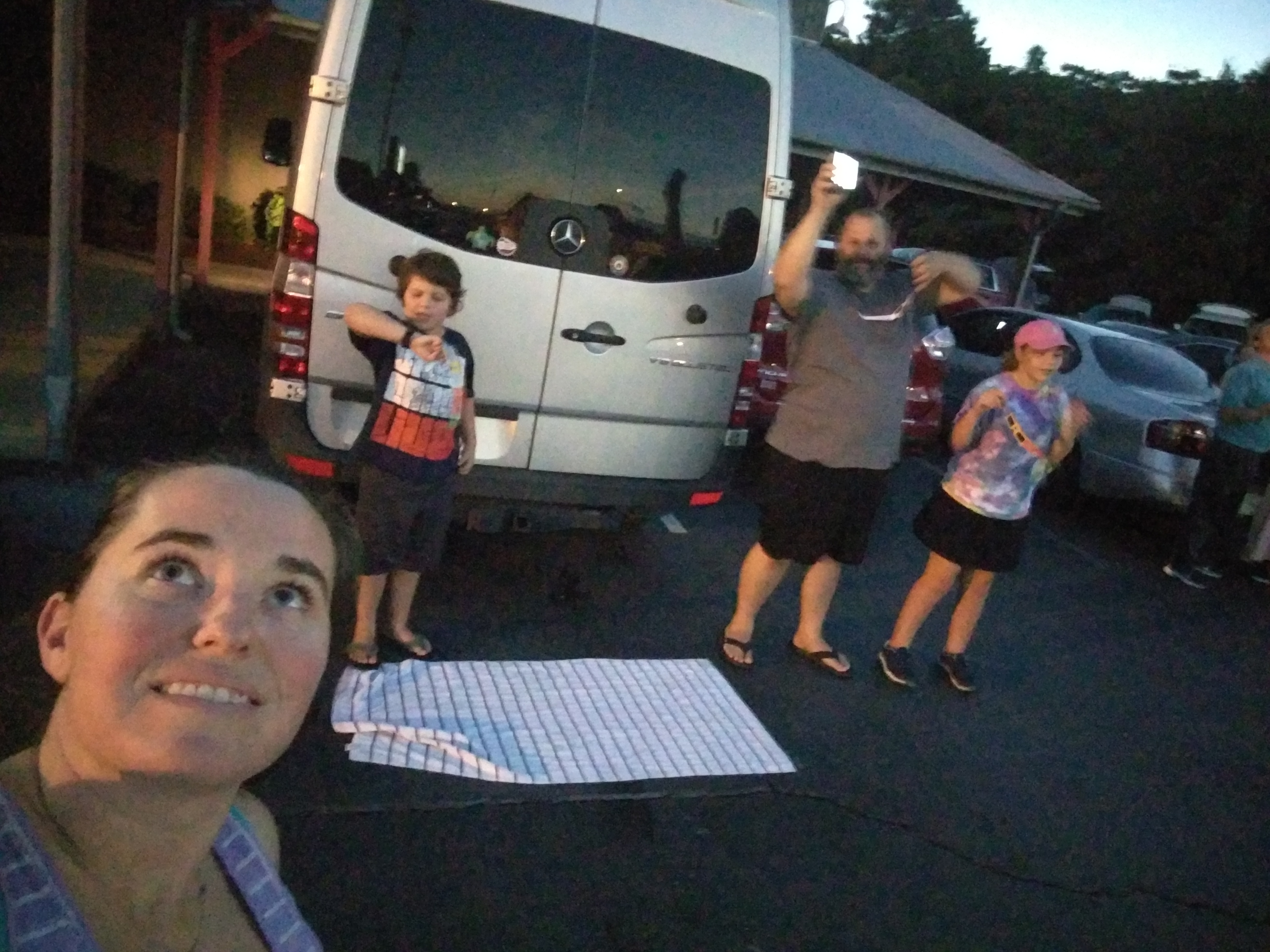 If you didn’t get a chance to see this Solar Eclipse in totality, I highly recommend that you try to see the next one April 8, 2024. I don’t think you will regret it. 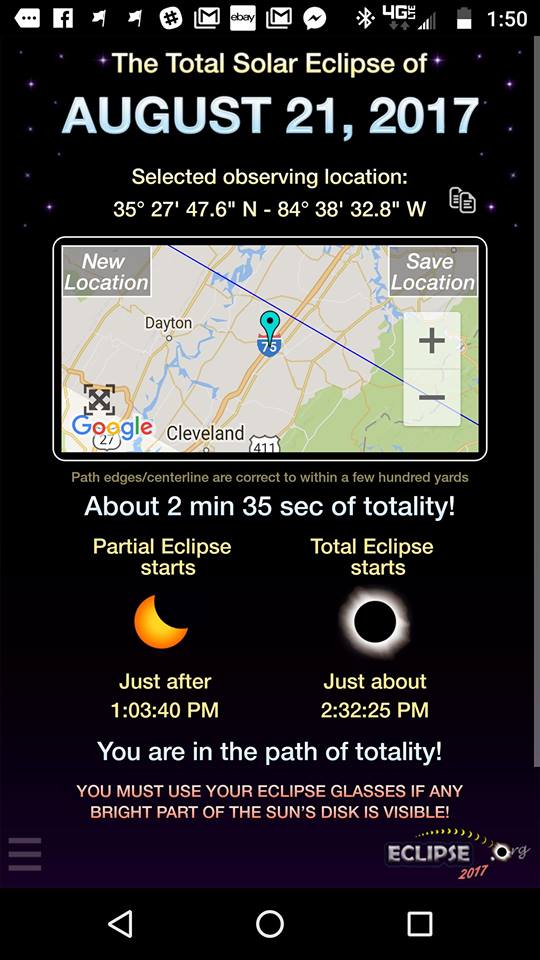