Half of the Rolling With The Whitney crew is infatuated with rockets, the moon mission, and anything else outer space. The other half thinks it cool too. We have traveled around this country quite a bit (still have so much more to see) and it seems like a lot of it revolves around this topic.
We have been to the:
National Air and Space Museum in Washington, DC
Stennis Facility in Hancock County, MS
The Udvar-Hazy Center in Chantilly, Virginia
Bruneau Dunes Idaho (25 inch telescope)
Multiple Rocket & Shuttle Launches
Meteror City in Arizona. 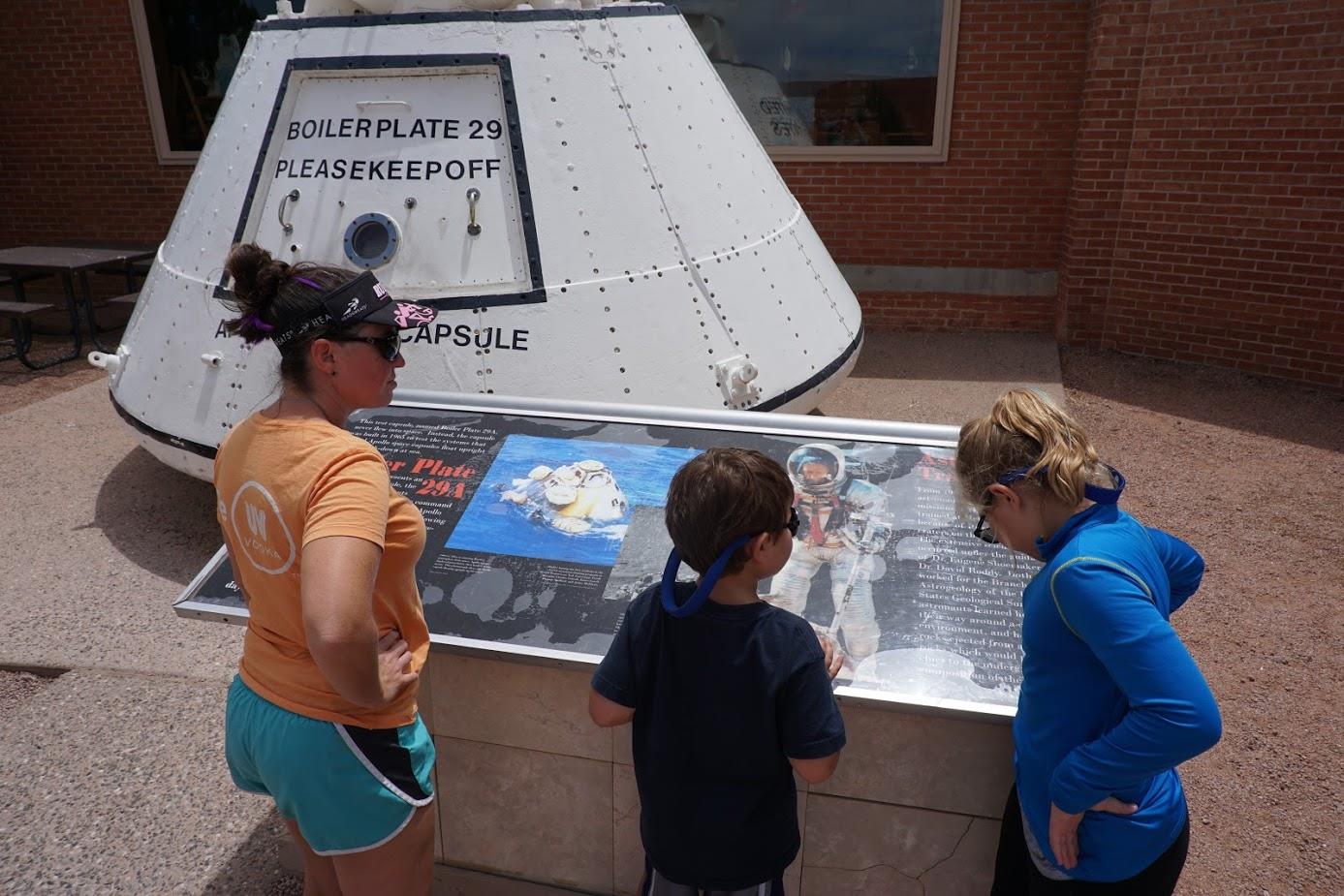 As far as museums go, The Udvar-Hazy Center was by far the BEST. When you walk into the front doors, you are greeted by the most beautiful sight. The Space Shuttle Discovery is looking you square in the eyes with the American Flag as its back drop. Talk about a goose bump, shiver up your spine moment. I got a little chocked up and had this overwhelming feeling of pride at just how awesome the United States of America is! Walking through the rest of the museum and seeing all of the wonderful things we have accomplished is truly mind blowing. 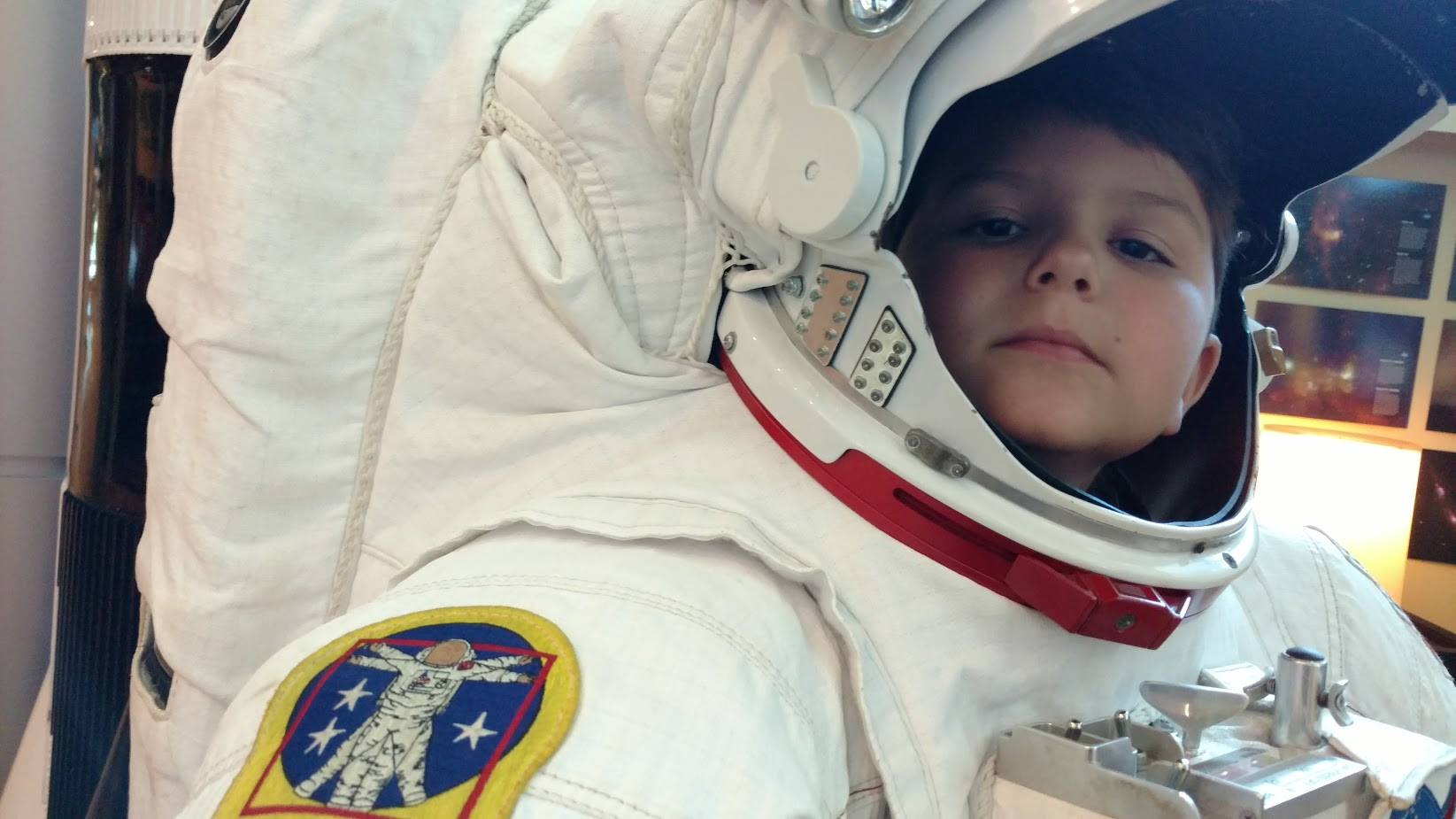 The next coolest thing in my opinion was the observatory at Bruneau Dunes State Park in  Idaho.  This place was a total surprise out in the middle of nowhere. Everyone there was so friendly. We just happened to be there when they were having a Star Party. They had a special telescope set up that was able to look at the sun during the day. You could see the solar flares…it was pretty neato! The big telescope was set up to look at the moon and Saturn that night. What a beautiful sight. Again…my mind just went wild thinking about what it must have been like to walk on the moon. 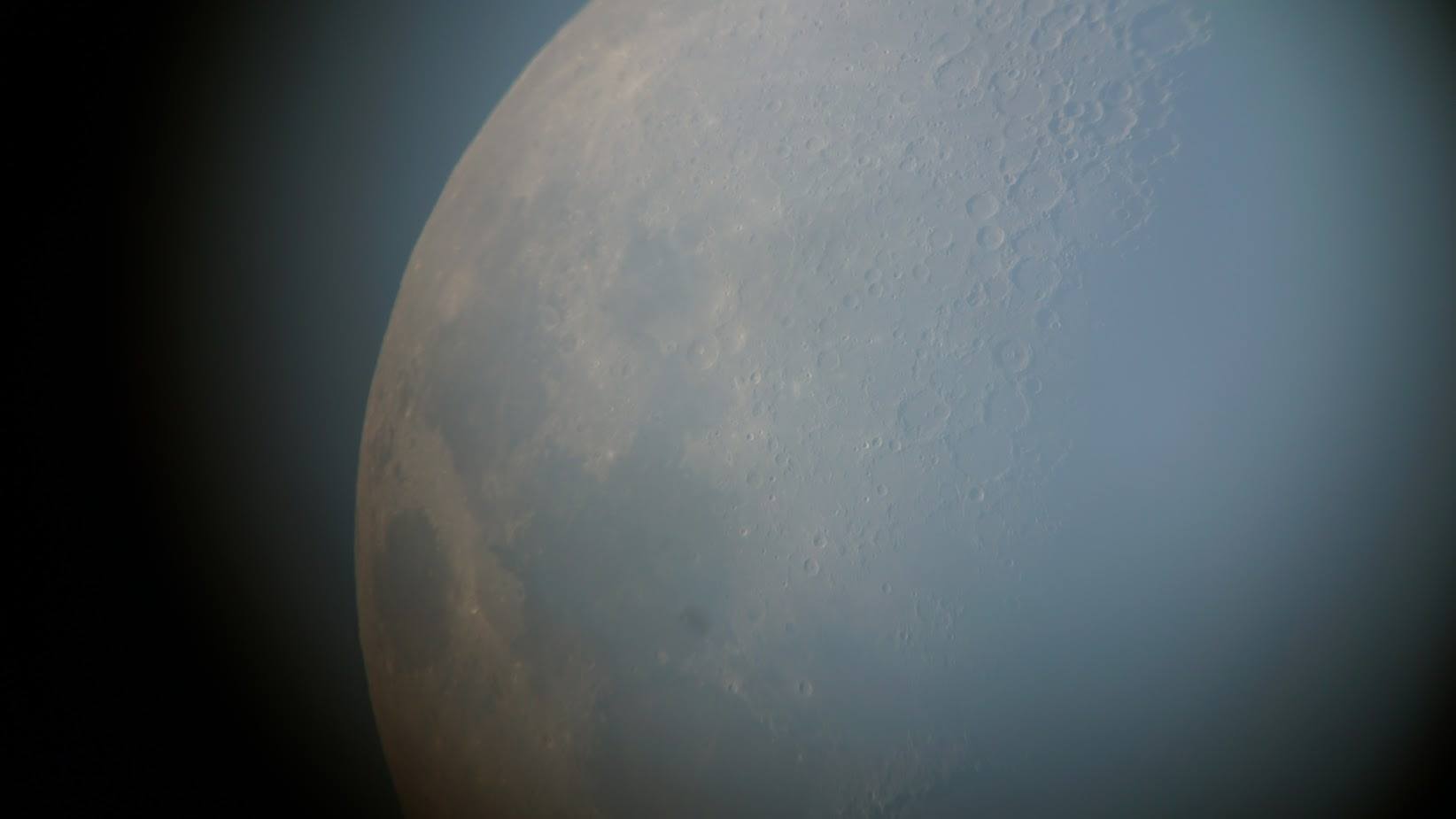 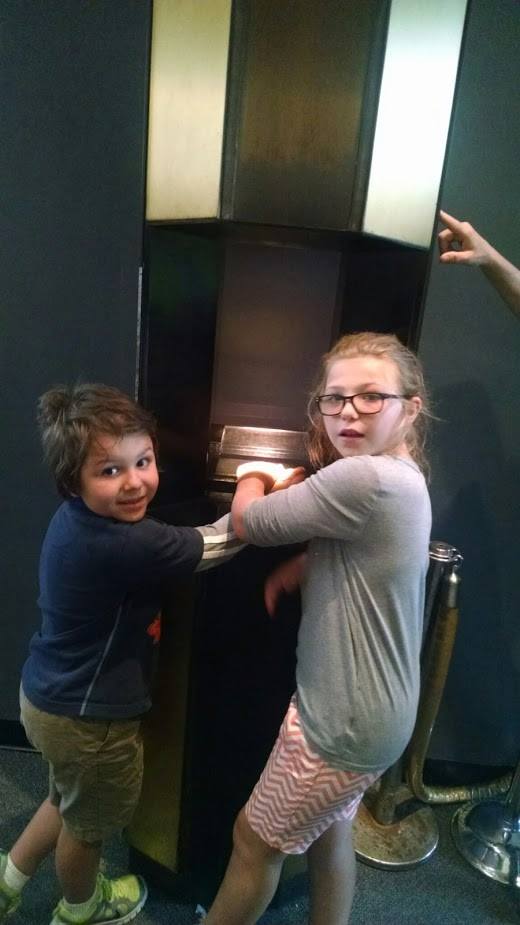 The kids have been so lucky to see some very rare sights. We were able to go to Stennis to see the Space Shuttle piggy backing on an airplane on its way to it’s final resting place in a museum. We had a front row seat in the moving of the first stage of the Saturn V Rocket on I-10 in the middle of the night. This was a crazy fun experience. It is a very strange feeling standing on the closed down interstate in the middle of the night. I hope these are memories the kids will NEVER forget and one day will share with their kids. 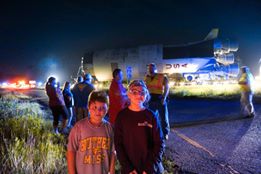 Here’s a little something Chad shared with the great folks at Celestron. When we were at a convention in Salt Late City, Jack won a telescope. He could not have been more thrilled. Jack took that telescope out every night while we were on our trip out west.

“No one in my family was alive when the moon missions started. We are in awe of all they accomplished in such a short time, so we have traveled the country looking at space history especially the moon missions. Right near our house we got this picture of the Apollo 18 First Stage being moved down the Interstate to be put on Display at INFINITY Science Centeronly miles from where it was tested and certified for man flight.#MoonMemories2016 Celestron Telescopes“