Alrighty…Chad and I are moving right along with the Van Remodel. Obviously, I wish I could wiggle my nose like Samantha and it all be done, but this is real life not a TVLAND rerun.

Current Sitch:
Padding and covering the bunks has been a thorn. We are being a little thrifty here and used our old foam mattresses and cut them to fit the new beds. We used spray adhesive to attach the foam cushion to the wooden base of the bunk beds (top and bottom). This is probably not exactly how it’s supposed to be done, but we did not want the cushions to move around. Next, we bought four (4) window curtain panels that were on sale and stapled them down over the foam cushions directly to the wooden base. 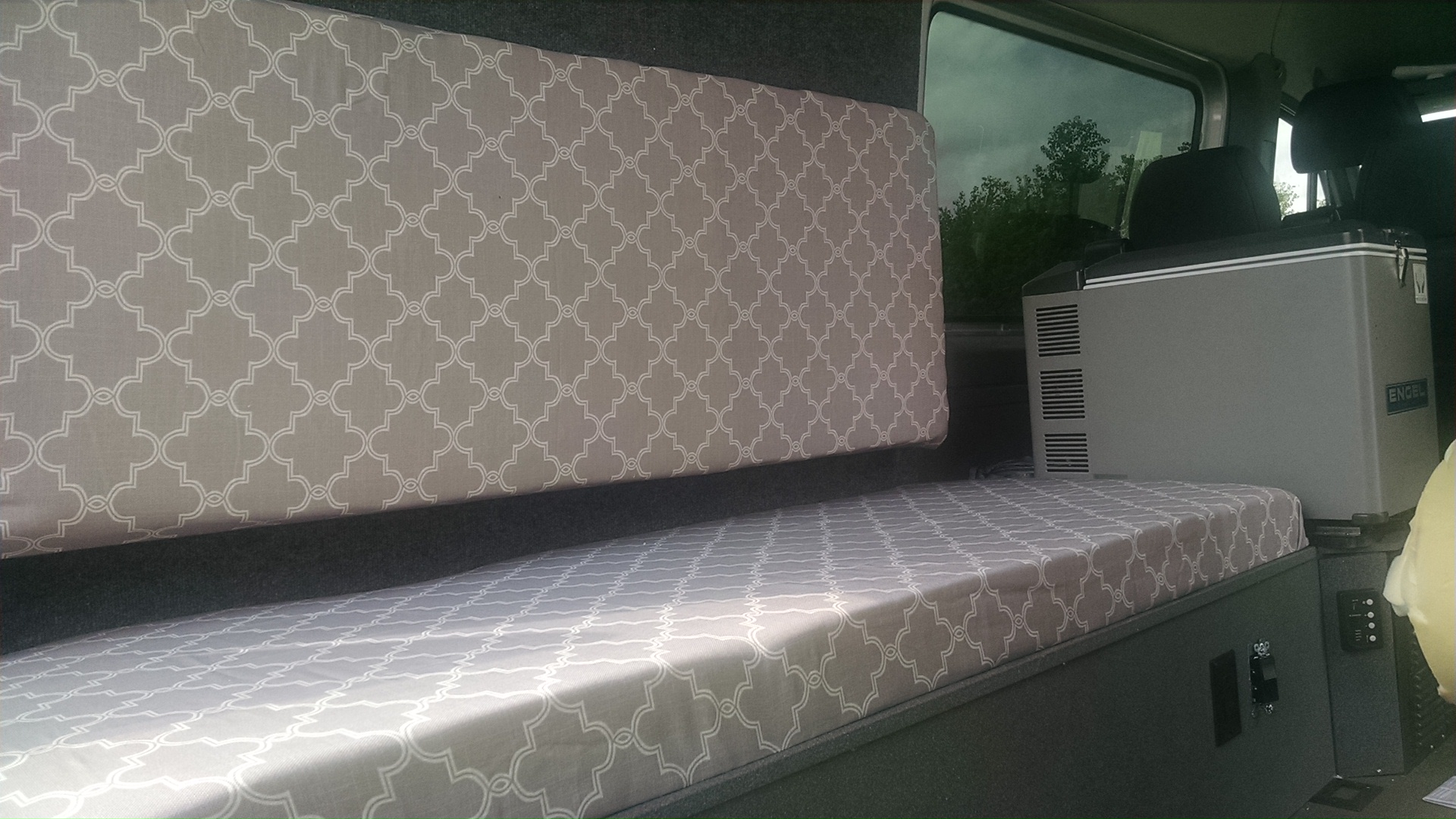 The Sun Shades:
I feel like everything with the remodel has been quite a challenge. Nothing has been super simple. Or…maybe I am just not construction and creatively savvy. It’s probably the latter of the two. Anywho…. I started making the sun shades for the windows in the van. We bought the one for the windshield last year, but I can’t find ones that fit the rest of the windows.
I got a roll of Reflectix at Lowe’s for about $40. I used some butcher paper to get a rough cut of the window size. Then, I used it as a template to cut out the reflectix. After sizing and cutting and then resizing and cutting again, I had the shape I wanted. 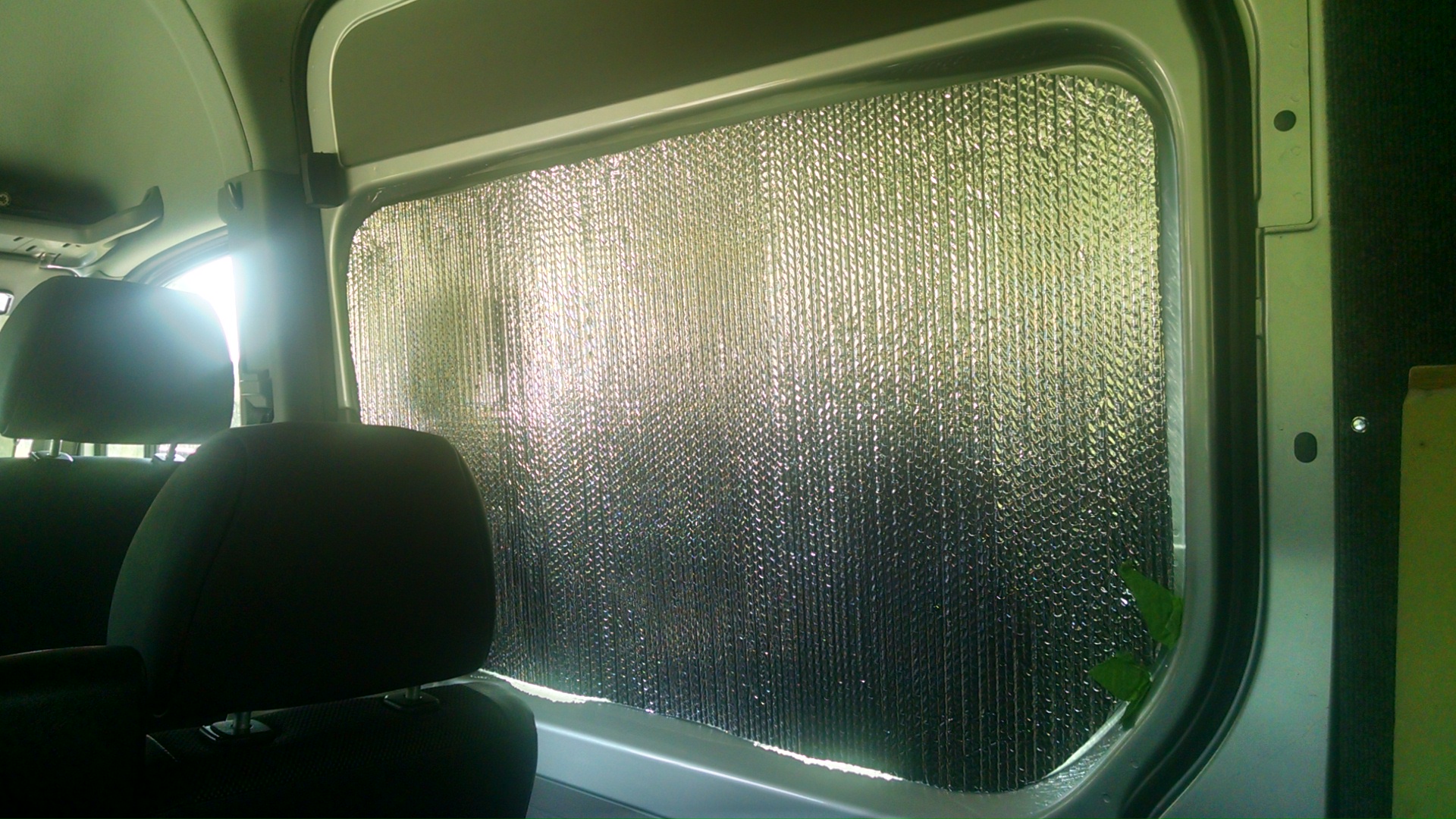 Next, I used my favorite spray adhesive to attach some gray fabric to the sun shade. The only reason to do this is so that it looks a little prettier than the shiny stuff. You could leave it like it is if you wanted. I put a little trim on the edge so it doesn’t look so ugly.
Attaching it to each window is a different story. The side windows are being attached with velcro.