Never in my wildest dreams would I have imagined Idaho to be as amazing as it was.  I thought it would be all brown and potato-y. After spending the last week in Las Vegas and Salt Lake City for two different work conventions, we were ready to get back to a little R&R. We rolled upon this great State Park called Henry’s Lake.  We were quite lucky to even get a spot here.  The only ones available were the 2 “walk-up” sites. We paid our night’s stay and went on to our spot.  It was just charming overlooking the lake…Henry’s Lake and the mountains in the back. 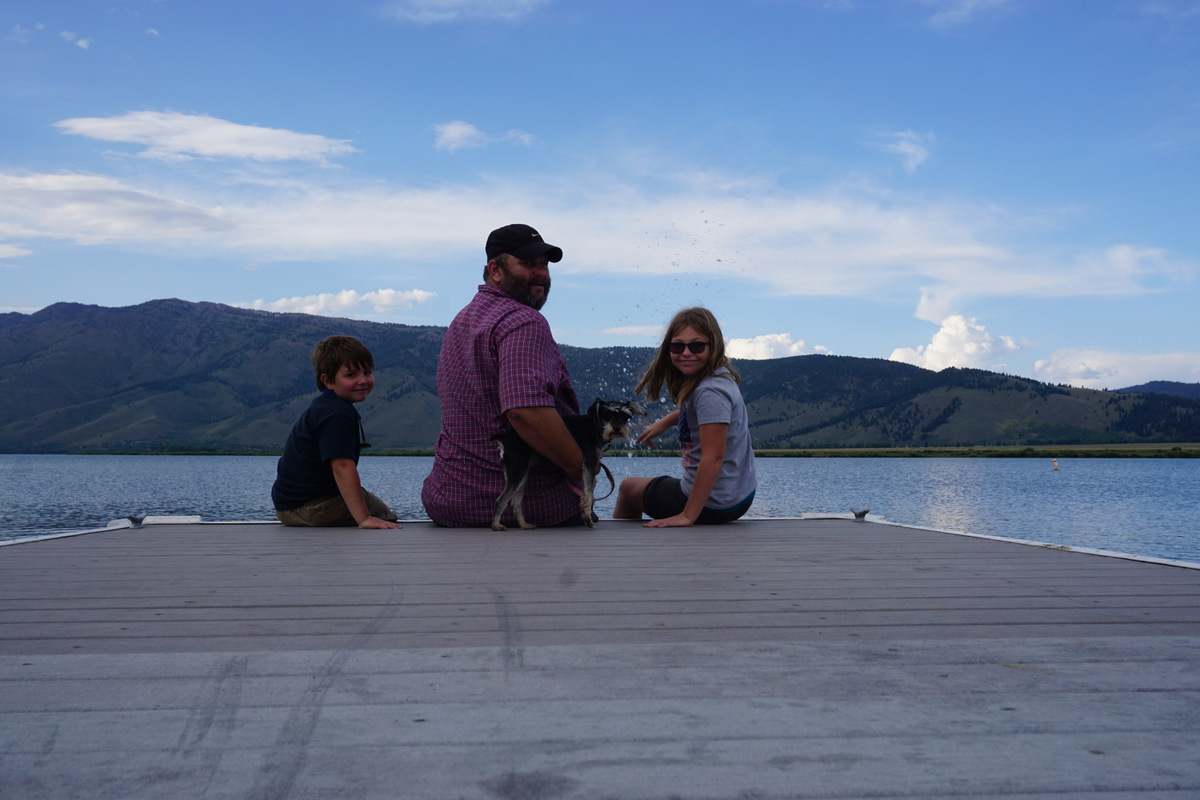 We loved it so much here that we extended our stay. This was the first time in our 2 weeks on the road that we sat still just to hang out. Jack and Maggie played in the park and made some new friends. I did a little bit of cooking. Chad even met someone who went to the same high school he did in Louisiana who knew his sister. He had to warn her to check her kids for leeches after they got out of the lake.  HAHA…SO GROSS! 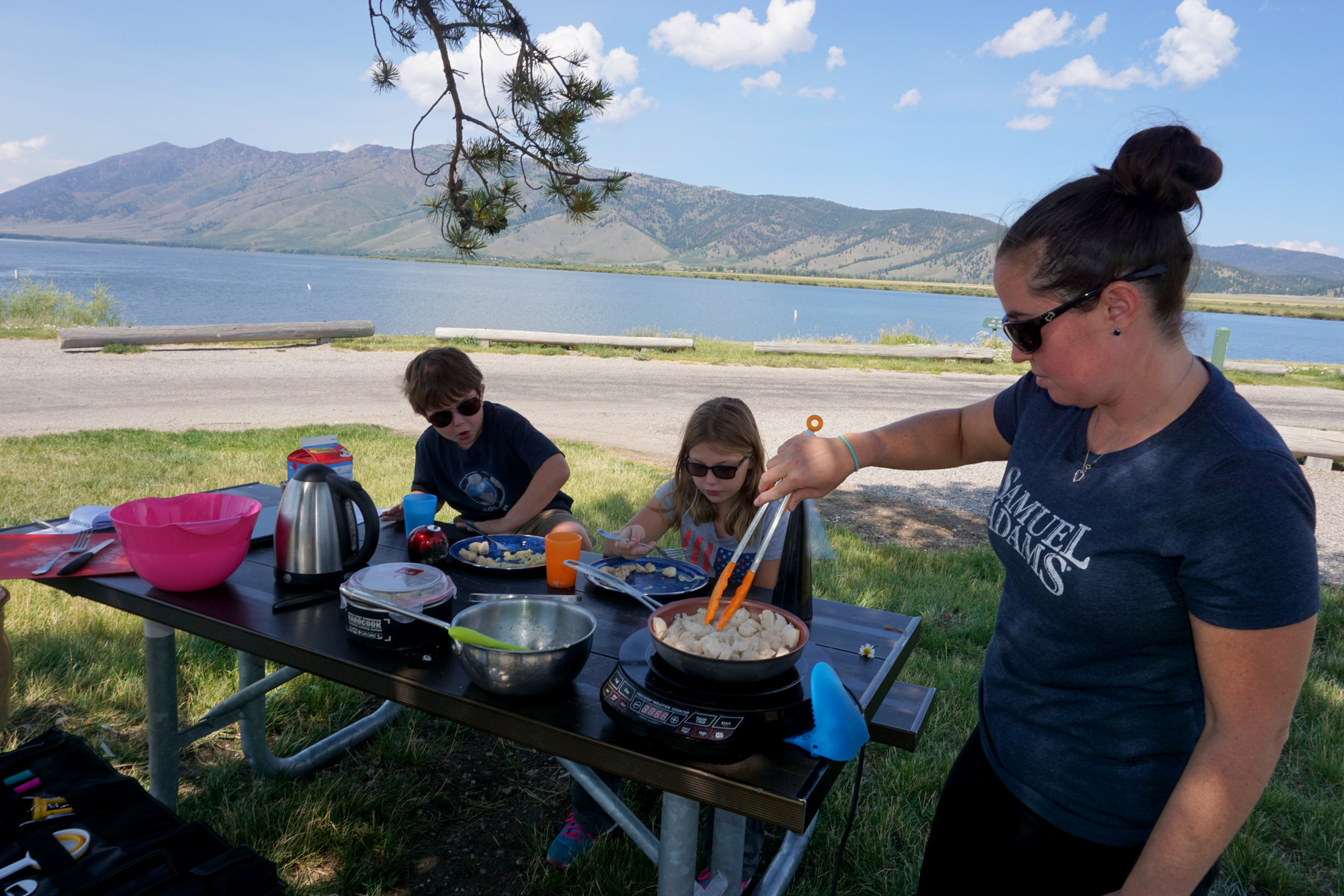 Being away from the office for two weeks, Chad thought it was time to get a little work done.  He set up his mobile office and got to it. It was kind of funny when he said: “See ya babe, I gotta go to work.” And he walked in the van. That being said, the internet is only as good as the signal strength. Lucky for us, it was decent here at Henry’s Lake.  He worked for a good part of the day and got a lot accomplished. Great view from his office window too. 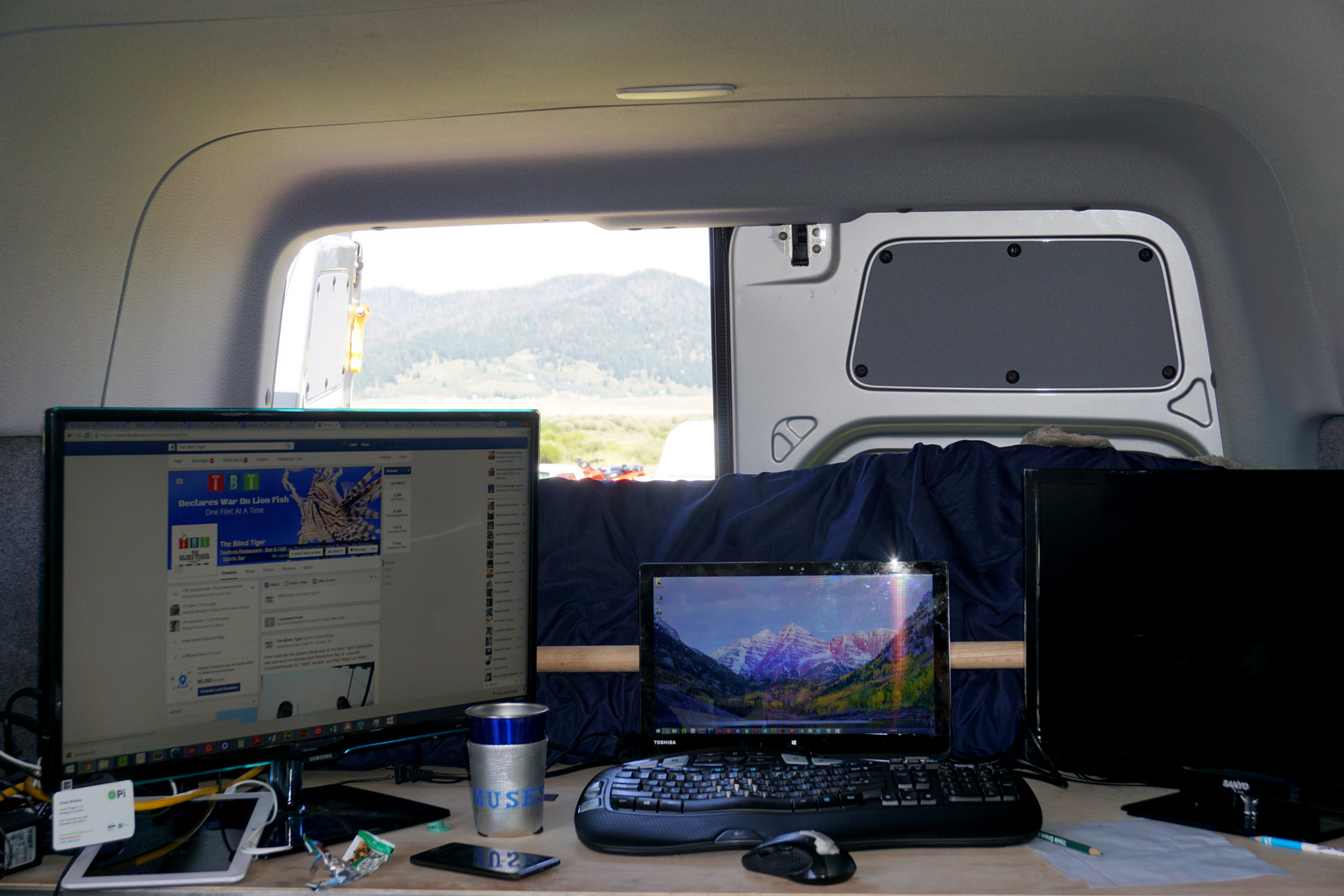