My goodness, this place is beautiful.  The mountains, the greenery and the rivers…the food. You know I was going to have to sneak that last part in right?! We spent the day exploring our way from Flagstaff, AZ to Sedona.  The drive down the mountain was winding and breath taking.  I have never in my life seen anything like it.  I just kept saying “Look at that!”. After the millionth time my kids got bored with it, “Mama, we saw that the last time you said look.” Poor Chad couldn’t take his eyes off the road much so he missed out on all of my ‘looks’.

There were all of these little neighborhoods tucked back up on the mountain side.  I kept wondering how on earth they got mail and garbage service.  Not to mention, how long it must take to go on a grocery run. But, they did wake up every morning to that amazing view.

When we got to Sedona, we drove up and down the town. It’s like one street with shops and restaurants on both sides.  We found a place to park and took a little stroll. The kids were hungry and well, what else were we going to do.  So we asked around to some of the locals and suggested the Hideaway House. At first I thought it was just like some joint in a strip mall.  But when you walk through the patio doors…… 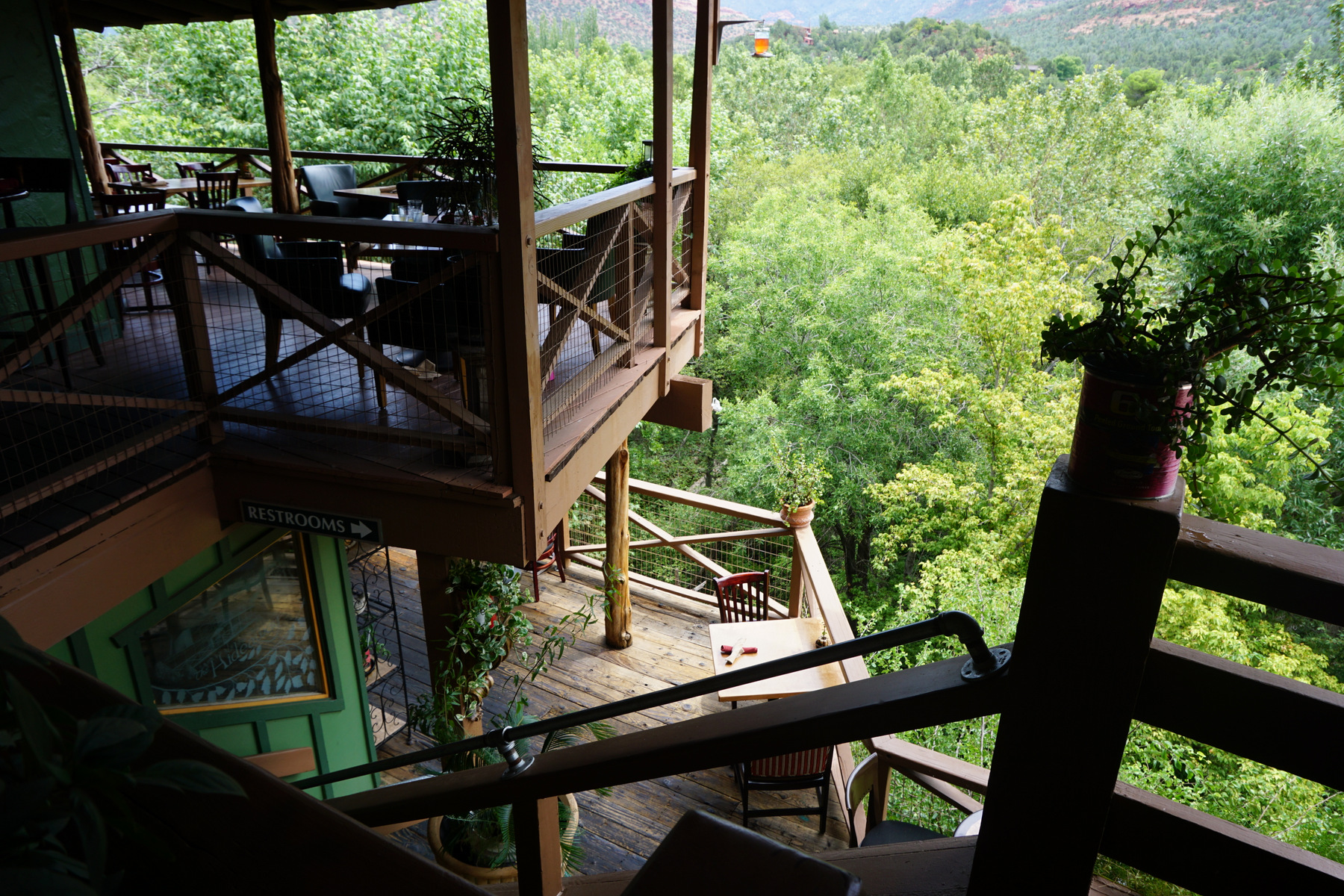 Wow! What a view! The owner came out and told us that they weren’t actually open yet, but asked us if we wanted to hang out on the deck for a few until they were.  He was so nice and the view was so nice, we said yes! What came next was just just like a blur of food and drinks. We feasted!! Everything looked so good, we wanted to try it all. Even Stella got a little treat and a bowl.