The activity that Chad was most excited about was Salmon Fishing in Astoria. I think Jack was pretty excited about it too.  We chartered a boat with an old salt dog named Frank. As luck would have it, he had just returned from a morning charter and had an opening. The 5 of us piled onto his boat (Stella too) and off we went. I was so unsure of what to expect as I had never been fishing like this before. Let me just state for the record, Salmon fishing is a lot of work.  Thank goodness we had such a great captain and two of the cutest little deckhands I have ever seen. 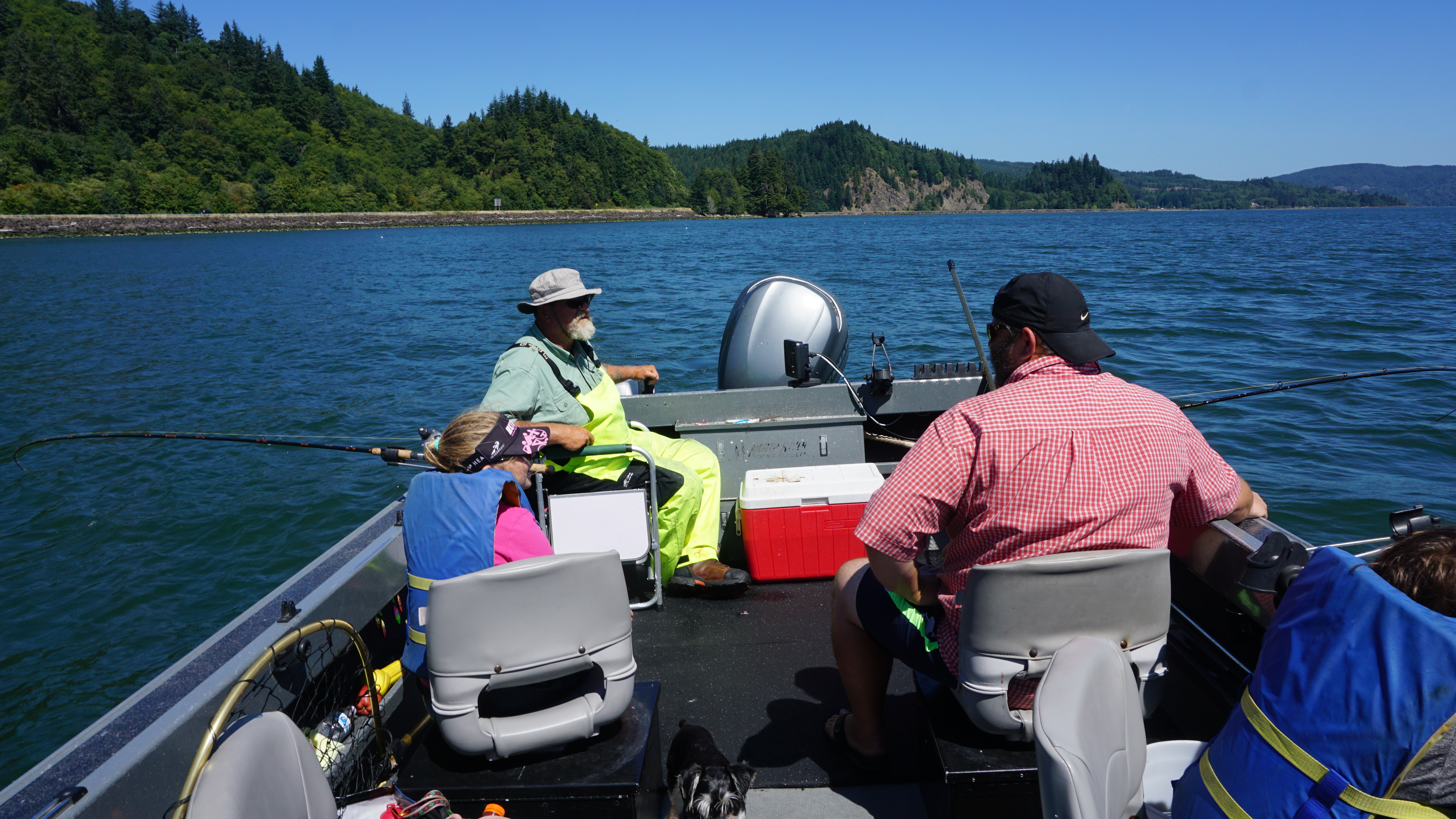 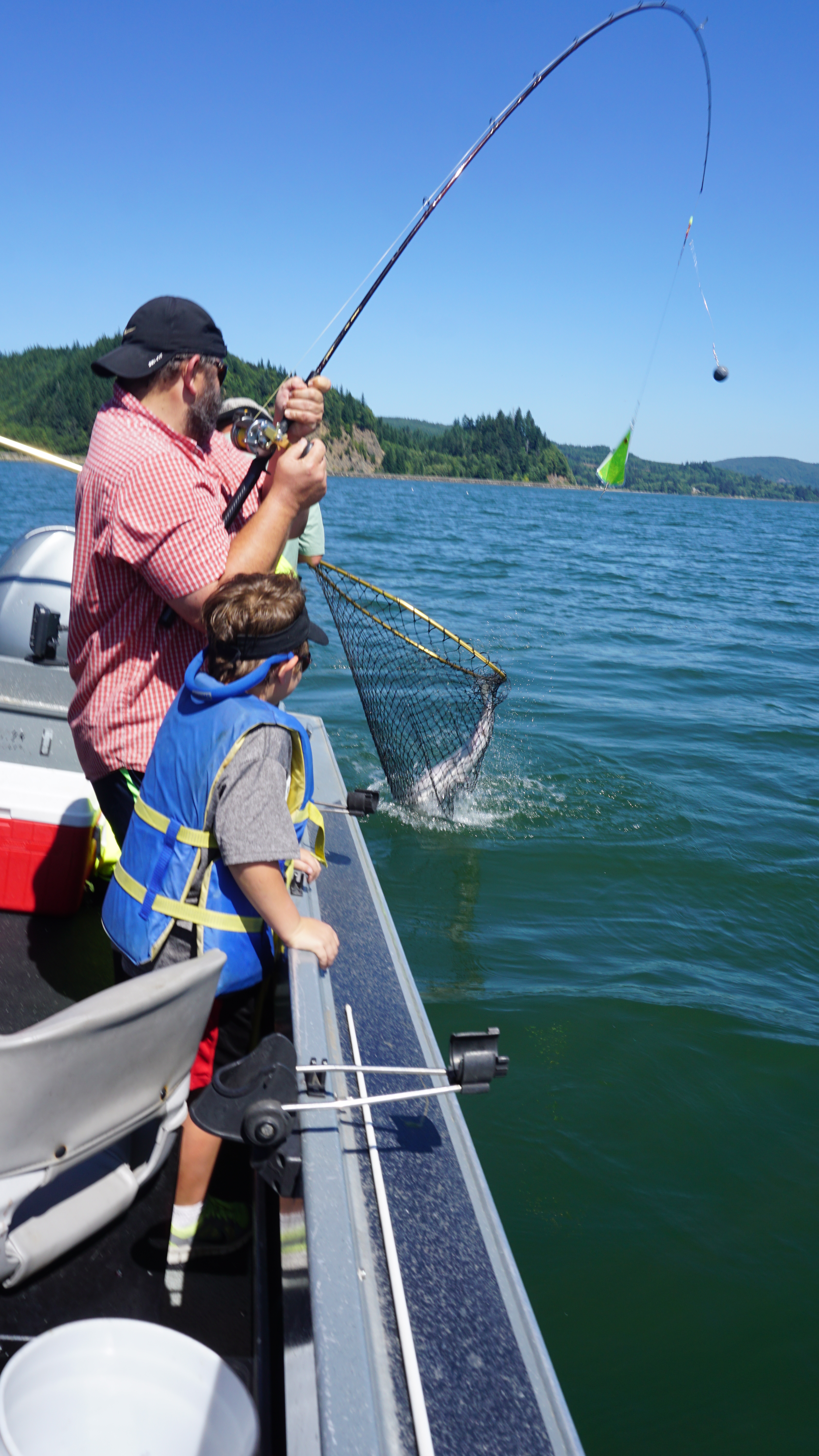 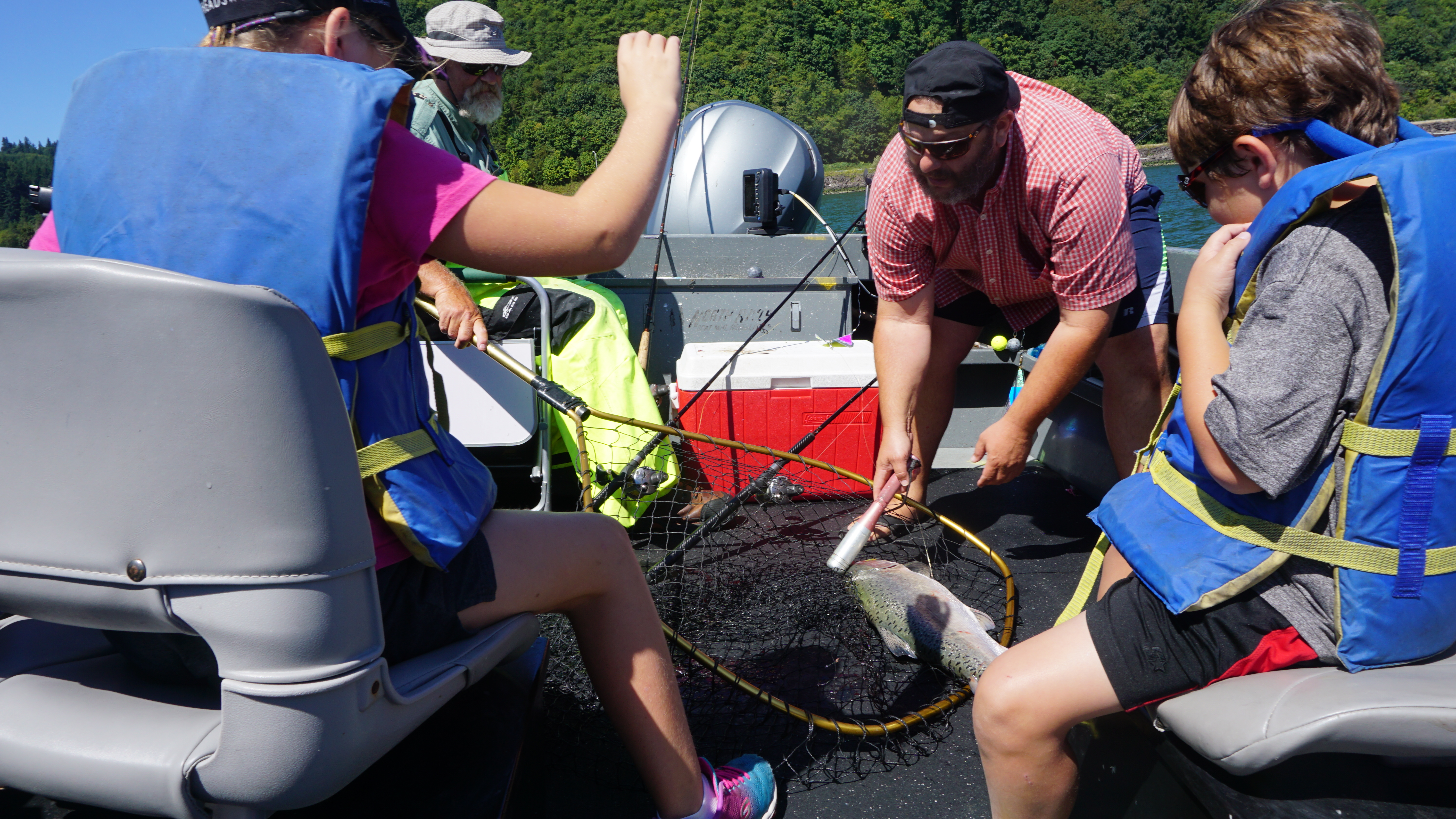 Captain Frank put us right on top of the fish. We dropped the lines and had a big ol’ salmon in the boat in no time. A little tidbit of info, you have to club the fish over the head before you toss him in the cooler. Sounds barbaric, but this was the high point for the kids. They argued over who got to club the first fish! As you can see, Daddy got to club the first Salmon.

Chad got the first fish.

Jack got the biggest fish.

Maggie’s first fish got eaten by a sea lion.

Mama got the last fish.

Cheers to a successful charter! 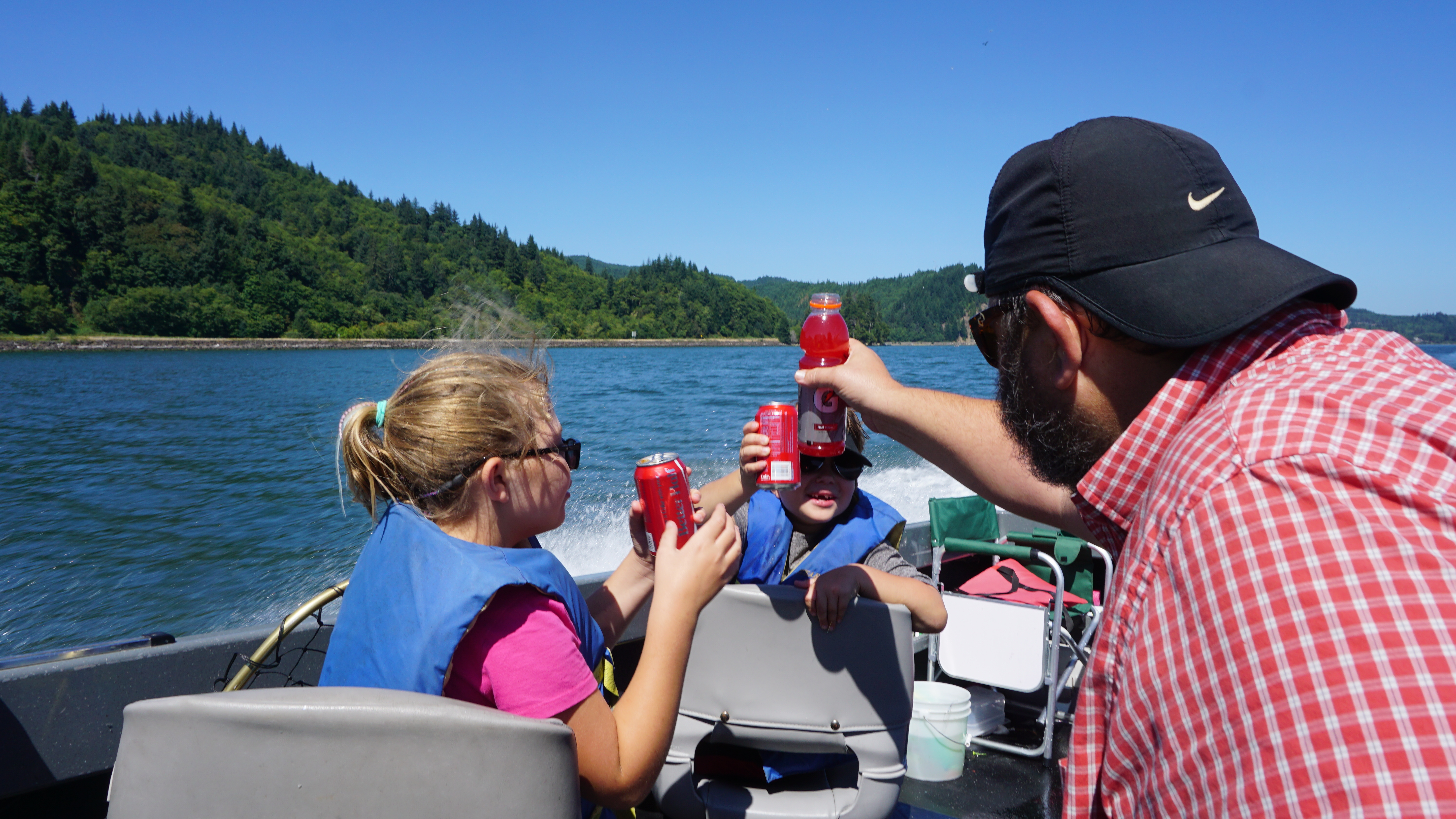 After the Salmon was all cleaned up and bagged, we turned our Engel refrigerator into a freezer and filled it with about 50 pounds of the most beautiful salmon filets.

I’m going to give Frank the Captain a little plug here!

If you are ever in Astoria, Oregon and want to charter a salmon boat, look this guy up! 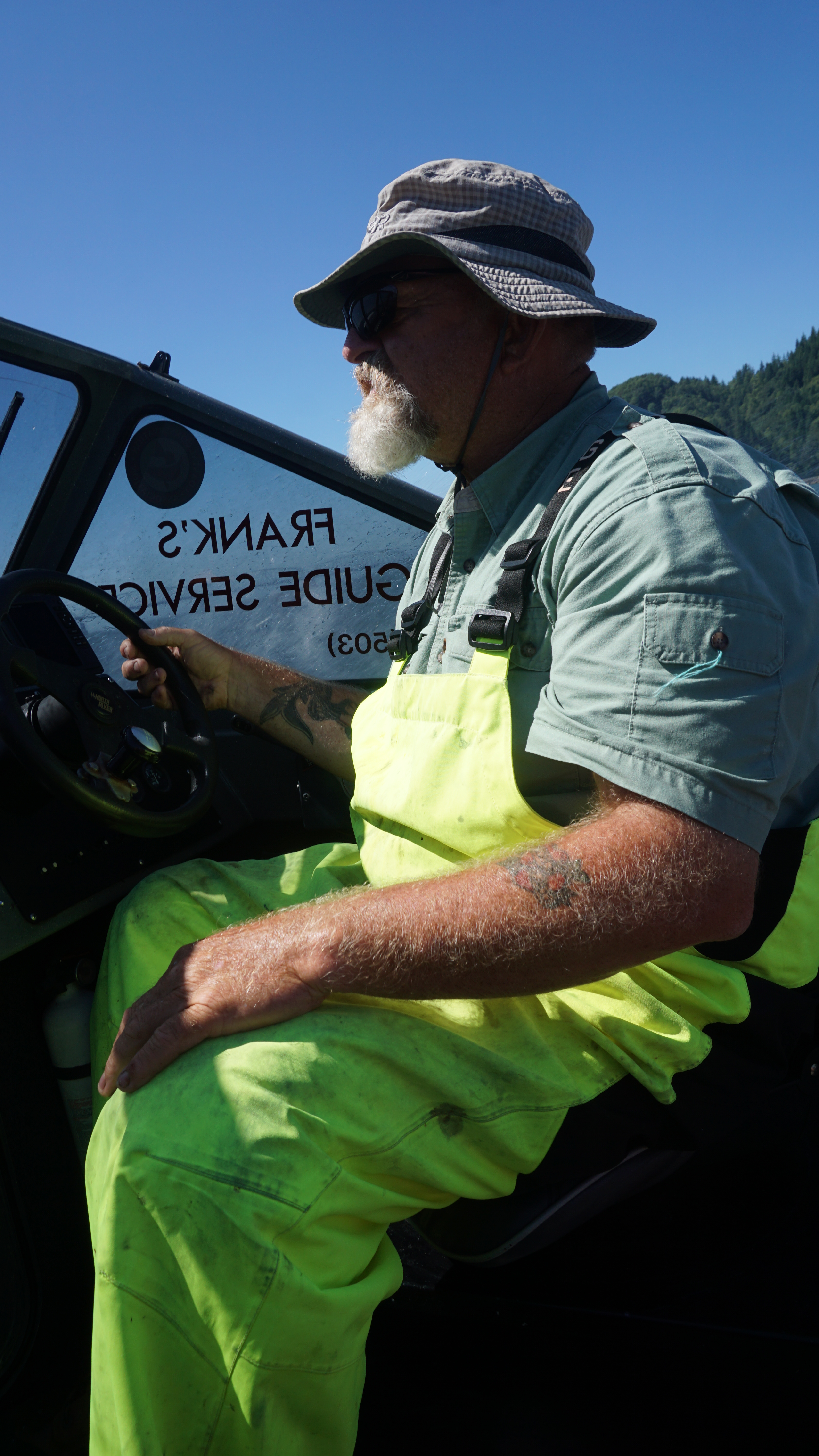